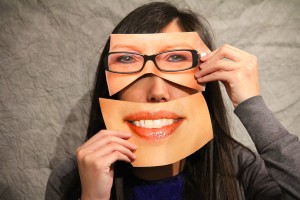 A few days before graduating from the Stanford Graduate School of Business in 1983, I was sitting in a quiet corner of the student café with my classmate Jim Collins, ruminating over issues of life and future prospects. In walked Don Palmer, who had been our professor one year earlier in “Introduction to Organizational Behavior”. Don stopped for just a brief moment to chat, but long enough to make two remarks that I still remember, both of which have turned out to be accurate.

The first thing Don told us, half jokingly, was that we were two of the people from our class that he could least see as long-term participants in corporate America. And, he was indeed right about that.

While I did spend a dozen years in a somewhat traditional job, I have ended up focusing on teaching, writing, consulting, and sitting on boards of both non-profit and for-profit groups, rather than continue my career as a manager.

For his part, Jim went back to Stanford a few years after we graduated, to begin a career in research and teaching. In seven years at the Graduate School of Business, Jim won the prestigious Distinguished Teaching Award and garnered a reputation as a serious researcher. He would then return to his hometown of Boulder, Colorado, where he set up his own research lab. As a self-employed researcher and author, he became a world-renowned writer, producing two best sellers: Built to Last, co-authored with Stanford professor Jerry Porras in 1994, and Good to Great in 2001.

Professor Palmer’s second observation on that day in the student center concerned the importance of people in organizations. While I do not remember his exact words, his point was this: “Students here focus so much on finance, strategy, operations, and marketing—the ‘hard skills’ courses. And, of course, all these things are important. But after 5, or 10, or 20 years in the working world, most of you will come to the realization that business is mostly a people game.”

From a teacher of organizational behavior and sociology, this is perhaps not a surprising assertion. It may even seem something of a self-serving observation, or at least one with a professional bias. And, as one of the relatively few members of our business school class with a degree in the humanities, I already had a tendency to believe him.

In fact, I had spent my undergraduate years reading “soft” material in the fields of language, literature, theatre, and psychology. In other words, my entire academic career, prior to MBA study, had been about the human side of things. At that moment, though, even I did not realize the extent to which his statement about people would prove true in the world of business.

Subsequently, in my career as a manager, teacher and consultant, one of my primary themes became “who before how before what”. This is a quick recipe that encapsulates one of the most important insights I have gleaned from my experience. I have come to believe—more firmly than ever as the years go by—that the most effective leaders, and the best companies, think first about getting the right people (the “who”), second about their organizational culture (how we do things), and only third about where they need to go from a strategic perspective (what they do).

Most companies tend to do this the other way around. They begin with a “disruptive strategic concept” or a “great product idea”, and then think about recruiting the necessary people and perhaps building the right culture. While this approach may work in the short term, it will not lead to sustained greatness. When the inevitable times of turbulence come, your people and your culture—far more than your ideas or strategies—will help you make it through any difficulty.

After years of research—certainly far more extensive than any of my research or experience—into what allows elite companies to make the leap to greatness, and to sustain it over a period of at least 15 years, Jim Collins comes to a similar conclusion. As he writes: “Leaders of companies that go from good to great start not with ‘where’ but with ‘who.’ They start by getting the right people on the bus, the wrong people off the bus, and the right people in the right seats. And they stick with that discipline—first the people, then the direction—no matter how dire the circumstances.

In short, great companies make people their top priority. As Don Palmer told us that day in the business school lounge, business is mostly a people game.