Truth versus authenticity in organizational storytelling

Truth versus authenticity in organizational storytelling 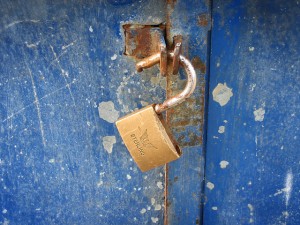 Writing about Hewlett-Packard these past weeks, I was reminded of research I did on corporate stories of identity when I was a doctoral student in England. One of my most interesting findings at that time had to do with the role of truth and that of authenticity in organizational storytelling.

Here is the distinction I have come to make: In companies with strong cultures and institutional narratives that support them, authenticity is far more important than truth. For definitional purposes, I call a story “authentic” if it is representative of the organization’s values, and consistent with the behavior of the individuals portrayed. It is true if the facts are correct, if it actually happened as it is told.

Often, what we find in story-rich enterprises such as HP is that much of the corporate lore is authentic but not necessarily true.

In the first few decades of Hewlett-Packard’s existence, a dynamic collection of stories of identity emerged. Some of the tales even came to take on mythic proportions. Indeed, several HP veterans whom I interviewed in the 1990s told me that mythology at the company had always been very strong, and it remained so. Employees who traveled to different sites around the world would often get to know each other by telling and comparing company stories. Iconic tales of “Bill and Dave” were still powerful vehicles for portraying company values, and demonstrating the HP Way.

As a doctoral student in Newcastle, I came across the dissertation of Soren Nymark, a Danish university lecturer who wrote extensively about the history of HP’s corporate lore. Among his conclusions: HP legend is replete with tales from the company’s beginnings, in particular the famous narratives about the founders. When Nymark did his research in the late 1990s, he often found that the specific detail of a given tale—particularly the older ones—could not be validated. Nobody could say definitively that the event had actually taken place in the precise form that legend would have us believe.

According to Nymark, much in the HP lore, especially narratives about the company’s founders, followed exemplary, archetypal patterns. As often happens in organizations, the truth of such mythical tales was sometimes bent or stretched. Some of the classic “stories of Bill and Dave” may have even been apocryphal.

The story of the locked closet: One of the most famous anecdotes from HP’s early years involves an instance when David Packard came across a supply closet that someone had locked to protect its contents. Packard became quite incensed and told the manager responsible that he never wanted to see such behavior. His underlying message: in a company of openness and integrity, we have confidence in each other. If we could not trust employees with the corporation’s tools, it would be a sad statement about who we are.

This “legendary” tale was first related to me by a former HP employee, a member of my MBA class at Stanford. Years later, during my doctoral study, I recalled the story, searched for it, and uncovered several different versions. By some accounts, Packard was so angry that he broke the lock on the spot. In other renderings, the protagonist was not Packard at all but co-founder Bill Hewlett.

For example, Elizabeth Weil wrote in Fast Company in May of 1998, “Most everyone at HP has heard about the time that Bill Hewlett found the door to the supply room locked, snapped it open with a bolt cutter, and left a note reading, ‘Don’t ever lock this door again.’”

Whether or not it actually happened, or however it may have unfolded, the closet incident is a great example of a story of collective identity. It expresses important aspects of who we are, what we believe, and how we do things. We work in open environments, and we trust each other.

Is this tale in fact true? Was it Bill, or was it Dave? Did one of them really snap the bolt? Perhaps so. If not, as the wizard Gandalf says to Bilbo Baggins in The Hobbit, every good story deserves some embellishment.

Whether accurate in its detail or not, the closet anecdote is authentic, and that is most often what matters. The tale is symbolic and powerful because it is a true representation of the organization’s values.