What kinds of stories can Joe Biden use now? 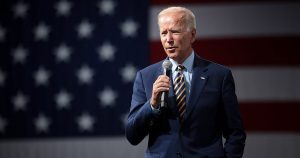 Since our last post, it has become clear to nearly everyone that Mr Biden will soon be president. This election result brought forth a number of compelling questions from my readers. One of these was from someone who asked if I thought stories of identity would remain a useful tool for a man moving from candidate to president. Another person asked me to comment on her contention that Joe Biden did indeed engage in some personal storytelling in the final stages of the campaign.

As both of these themes are worthy of consideration, I will look at the first one today, and the second in a subsequent entry. The question of using storytelling as Biden becomes president is a fascinating one for me, for two reasons. First, some US and other world leaders, Barack Obama for example, used tales from their lives to great advantage during their mandates. And second, if there is any hope of uniting a polarized America at a time of acute crisis, Mr Biden should begin by speaking from the heart about what he stands for.

Why should public officials use personal stories to connect with their constituents? One essential reason is that every person, on any end of the political spectrum, is both rational and emotional. When we speak to them logically—about policies, strategies, and future scenarios for the country—we reach only their heads. Story allows us to complete the circle, touching people’s emotions as well as their reason.

For politicians, it is hugely advantageous if they can get listeners to “hear” them on both levels, with the head and the heart. When they tell stories that show who they are and what we stand for, it is an opportunity to reveal their human side, giving them a chance to reach voters on an emotional plane.

Of course, it is important that they express clearly their stances on the issues of the day. To me, though, it is equally crucial to let the world see what kind of person they are on the inside. And, the most effective device for portraying one’s character to others is personal storytelling.

For example, I would not recommend that Joe Biden stand up and proclaim to the world, “You can trust me.” Nor can he make assertions such as, “I am a steady, reliable leader”, without sounding lofty, arrogant or self-absorbed.

On the other hand, he can readily use anecdotes from his life experience that put such characteristics on display, without talking about them directly. In this way, listeners do not feel that he is lecturing them, talking down to them, or telling them what to think. A well-told tale from his life gives him a space to express something about his character and values, while allowing those in the audience to draw their own conclusions.

Even with my limited knowledge of Mr Biden’s life and experience, I am able to imagine numerous personal stories that could serve his campaign well. As such, of the many types of anecdotes I encourage my business clients to tell, I will cite three that I think would help him tremendously.

—A “who I am” story: I once read a newspaper article about how US Senate colleagues gave him the nickname Amtrak Joe, because he would take the train home every night, even when debates on legislative issues ended at late hours. Biden could use this anecdote to emphasize that he is a “regular guy”, a family man who never sought the high-profile, privileged life of a Washington insider. Each day, morning and evening, he rode the train next to his constituents.

—A “where I come from” story: Though I have not studied the detail of Joe Biden’s past, I have seen that there were some difficult times during his early years in Pennsylvania. At one point, I heard him speak of his father’s struggles to find work and support the family. Anecdotes from this time would help his self-portrayal as a man who understands the trials of the American working class.

—A “what I learned from my experience” story: As vice president in the Obama administration, Mr Biden was in charge of planning the nation’s response to the 2014 Ebola outbreak. As such, he could readily emphasize what he learned about doing the necessary preparation for a pandemic. Telling anecdotes from this time would allow him to be credible when he proposes dramatic action to combat the corona virus pandemic.

The three examples above are mere illustrations of the kinds of “tales of identity” I might encourage if I were advising Mr Biden. As I have done this sort of work successfully now with hundreds of clients, I am certain that a few hours of reflection with him would unearth a multitude of personal stories that would prove useful in this time of transition, and in the early days of his presidency.