What is transformational leadership? 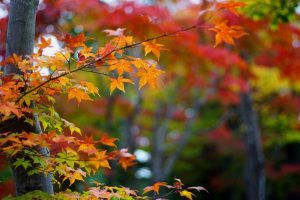 The previous post alluded to a distinction I often make between transactional versus transformational leadership. This is one of a handful of essential notions that has been at the core of my writing, teaching and public speaking for the past three decades.

Indeed, it is a theme I have addressed in considerable depth and length, and one I plan to return to in blog entries to come. As such, it was gratifying for me to see that it appears to have struck a chord with readers. In the past weeks, a number of them reached out to encourage me to lay out more of my views on the matter.

Before delving deeper into the topic, though, I would like to provide a bit of clarity on a few of its facets. As is often the case, it was interaction with people who follow my work that made me realize that some of my observations may have been unclear, or at least partially misconstrued.

For example, one person wondered if I had meant to imply that transactional and transformational leadership were mutually exclusive. In other words, is it truly one versus the other? Should we be spending time trying to judge which box someone falls into, or can the same person be in both?

To me, it is plain and apparent that any individual who aspires to do something transformational must also succeed at the transactional. In other words, without visible achievements at the level of programs and promises, a leader will lose credibility with followers. What distinguishes the truly transformational leader is a desire and ability to go beyond tangible results. They consciously choose to venture into the more subtle arena of shaping a group’s culture and mindset.

Joe Biden’s current situation serves as a useful illustration for us to consider. As do all world leaders, the US president makes decisions about what he wishes to achieve, and also about how he should go about it.

In Mr Biden’s case, if he is able to pass legislation that supports his policies, many people would already term his presidency a success. To my way of thinking, implementing such programs would mean achieving the “transaction” portion of what he proposed during his campaign.

On the other hand, if he seeks to genuinely change something in the underlying political and social landscape, the “how” aspect becomes increasingly significant. If he is able to realize his goal of governing with bipartisan support and buy-in, that would constitute a noteworthy transformation.

For that reason, I continue to believe that we are at a fascinating moment to observe this president. Even those whose political views differ from Mr Biden’s can take an intellectual interest while we watch his efforts to pull off such a formidable aim.

A second aspect of the last post elicited another pertinent comment, which came from a former student. She wrote to encourage me to tell more stories of everyday people in the workforce, not only world leaders such as Biden, Thatcher or Mandela. For her, the best aspect of my MBA leadership class was our discussion of how any of us can apply the principles of transformational leaders to our own situations.

Her observation was indeed a good one, so I will address it now. It is true that I have often used—both in my work and on this blog—examples from famous public figures. Such illustrations, from highly visible people who have had a clearly recognizable impact on their worlds, have the advantage of being highly accessible.

At the same time, my favorite anecdotes about transformational leadership often come from my own consulting and coaching clients. Some of these are company founders or CEOs, but numerous others are middle managers and low level employees. Many of them work in organizations where they have little or no formal power. Rest assured that I will use their stories here, as well as in forthcoming publications.

A third remark that caught my attention concerned the very nature of true transformations. As those who have attended my classes and conferences have heard me say on a regular basis, I will be the first one to proclaim that most individuals have more influence than they realize in their groups, and that transformational leadership is indeed accessible to many of us. At the same time, I will also state that truly transformational change is difficult, and often delicate, work.

So, as I have no doubt gone on long enough for today, the challenges of transformational leadership will provide a good opening theme for next time.