A chance for Joe Biden to achieve transformational change

A chance for Joe Biden to achieve transformational change

A chance for Joe Biden to achieve transformational change
Posted on September 14, 2021 in Leadership, Storytelling and Politics 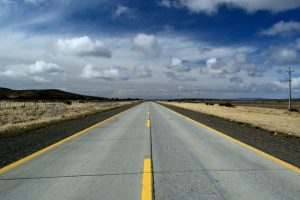 As a follow up to our previous post, there are two notions in particular that I would like to expand upon in the weeks to come. The first is that Mr Biden’s project to govern as a centrist and in a bipartisan manner represents an opportunity to do something truly transformational. A second theme that I feel merits further comment concerns why such transformational leadership is never easy.

If we consider President Biden’s situation in simple terms, his party’s majorities in both houses of Congress may well be sufficient to put through the legislation necessary to sustain his programs. In particular, the votes of Democrats alone may be sufficient for enacting initiatives such as the huge infrastructure bill Mr Biden is currently promoting.

To my way of thinking, though, relying exclusively on his own party leads to a type of success that would remain transactional in nature. In other words, he would be able to tell the public that he is delivering on promises he made during his campaign.

At the same time, the president would have done little or nothing to bring about fundamental change in his country’s polarized political landscape. If he truly strives to accomplish something transformational, the best opportunity in front of him is probably his plan to garner the support of colleagues with views divergent from his own.

Without going into detail or trying to do amateur political analysis, it seems clear that someone in the president’s position has a tricky choice in front of him. If he decides to make his work as a unifier a high priority, that would mean attempting to include moderate Republicans in his legislative efforts. In so doing, he would run the risk of alienating some members of his own party.

With a more inclusive bipartisan approach, Mr Biden would perhaps produce less in terms of the statutes he is able to pass in Congress. Using our leadership criteria and vocabulary, this would mean somewhat less success on a purely transactional level.

On the other hand, any inroads he could make in the realm of bipartisan buy-in would be a major achievement, and potentially even a transformational one. For this president, it would also constitute a powerful expression of who he is and what he stands for.

In fact, one of Joe Biden’s significant advantages in the quest for unity is his own life story, his reputation as a public official who has reached out to opponents throughout his career. According to numerous accounts I have seen, Mr Biden’s background and past behavior put him in a unique position to advocate for more inclusive forms of governing.

First in the Senate and then as vice president, Joe Biden earned a reputation as an extraordinary listener, capable of considering diverse voices. Furthermore, during his long tenure as a legislator, he was a rare Democrat who had well documented and highly visible friendships with some of his Republican colleagues. Never a strict proponent of party politics, he acted consistently as an advocate for compromise and inclusion.

Not long after ascending to the presidency, Mr Biden commented on how he views the American electorate. Indeed, he is convinced that a vast majority of voters—some 70 or 80 percent by his way of thinking—have centrist stances on most issues. As such, he seeks to be a unifier, a president for all Americans, one who appeals to this moderate majority, whether they voted for him or not.

In light of the highly charged and polarized political landscape in America these days, if the president could forge centrist and moderate alliances with members of both parties, that would be truly transformational. In other terms, he would have succeeded at showing America a new path forward.

As we stated above, achieving such an outcome would not be easy, for transformational leadership almost never is. Next time, we look at some of the reasons that such endeavors are so challenging, and we advise the president about how he might move forward.