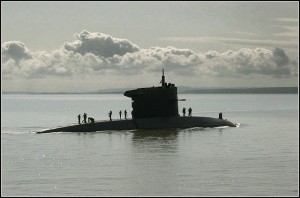 Several weeks ago, I wrote that I saw Captain Abrashoff’s leadership journey on the Benfold as an inspiration to all managers, especially those “stuck in the middle”.

Indeed, a ship’s commander can be seen as a middle manager in the vast system that is the US Navy. One of the elements I like most in the example of Abrashoff is that he truly took on the task of building his own culture, of making his “little 300-person piece of society” a place of excellence.

My experience working in and consulting for organizations has convinced me that managers at all hierarchical levels often have more freedom—and more influence—than they realize. In my leadership seminars and with my clients, I have often emphasized this concept: Regardless of what is happening above you, or anywhere else in your organization, you are free to focus on the possibilities for defining things within your own sphere of influence. Even if the general culture of employees in your organization is one of mediocrity or indifference, you have the freedom to co-create your own culture, to forge new and innovative guidelines for your group’s work environment.

In addition, I have often been surprised at how quickly things can change when a manager begins a true dialogue with the employees. Workers abandon the “order taker” mindset and become true participants, willing to share and exchange. Here is what Abrashoff says about creating a culture of participation (his words, my paraphrase): If all you do is give orders, then all you’ll get are order takers. We need real decision makers—people who don’t just sleepwalk through the rules.

It begins with listening. It is only through active listening that a leader comes to see the world as the workers see it. When Captain Abrashoff took charge of the Benfold, he thought it important that he learn to see the ship through the eyes of the crew. With the help of sailors’ suggestions, the commander drastically reduced many of the tedious chores that had little benefit for their overarching common mission—combat readiness.

Truly listening to one’s employees means seeing the world through their eyes, treating them with respect, understanding their aspirations, and showing the desire to do something for them. As Abrashoff wrote in Fast Company, he not only knew the names of his crew members—he also knew where they were from, and often something about their families. He asked them not just about their goals in the navy but also about what they aimed to do in life.

At one stage, he had interviewed a significant number of sailors who expressed a desire to go to college. Most of these young people, though, had never taken the SAT (a standard test used in the admission process at most American universities). When the captain decided to post a sign-up sheet, simply to see how many would take the test if it could be arranged, forty-five sailors showed their interest.

Since the ship was deployed in the Middle East at the time, Abrashoff found an SAT test administrator through the US Navy base in Bahrain. He arranged to fly the man out to the ship to do a test session for the crew. It was a simple step for the captain to take, but he later realized that it was truly “a big deal for morale”.

Why are small things like this so important for team spirit? Within a corporate system that takes a mostly hierarchical view of the world—bosses command and subordinates execute—listening to crew members and advocating for them changed the very foundation of group behavior. It allowed the team on the Benfold to feel the “we are different” story that Abrashoff sought to create, one in which the employees could influence their work environment.

Treating people as individuals, listening to them, creating a true dialogue that can improve our employees’ lives and working conditions: these are certainly concepts we can use in any environment. They help us build the trust that allows for co-creation of our group culture.