Why narrative stays so long in our minds 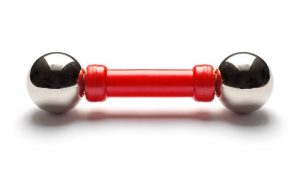 My recent reflecting on how Paul Revere became a household name in the United States got me thinking once again about story’s important role in all human thought. In that process, it occurred to me that I should perhaps go a little deeper into the reasons behind narrative’s effectiveness in the realms of learning and memory.

For example, I have often referenced the notion that anecdotes remain long in our minds, and Paul Revere is my latest case in point. On the other hand, I have rarely, perhaps never on this blog, gone into detail about the theory behind this phenomenon, or my own views on the matter.

In fact, a good deal of my reading and research of the past three decades has led me to this firm belief: Stories are simply the most effective way to store information in the brain.

In the context of my teaching, as well, I have often revisited the following two questions. First, why does narrative have such a profound effect on people? And second, why is it that many anecdotes remain lodged in our consciousness long after facts and information have departed?

So, my objective today is to focus in on two of the primary reasons behind narrative’s extraordinary potential as a teaching and mnemonic device.

The first of these reasons is exceedingly simple. Stories can touch us so deeply because story is at the very core of what makes us human. As Jonathan Gottschall writes in The Storytelling Animal: “We are, as a species, addicted to story. Even when the body goes to sleep, the mind stays up all night, telling itself stories.”

Stories connect with us so easily because our lives are stories. Since storytelling pervades our existence, new stories slide effortlessly into our consciousness.

A second explanation for narrative’s ability to reach and influence us is that stories touch us on an entirely different level than other forms of discourse. In school for example, when we hear fact, logic, and theoretical discussions, we can use only our heads to absorb and assimilate the information. Since this dynamic is purely cerebral and quite unnatural, we struggle to memorize all this often unrelated detail, and to reproduce it when we are tested.

Story, on the other hand, provides an emotional element that allows us to feel the information as well as understand it. A good, lively narrative produces a sense of joy, excitement, or perhaps adventure. As such, we remember a well-told tale with our hearts as well as our heads. Humans tend to be empathic creatures, so we identify easily with people whose stories we can feel.

The case of Paul Revere is indeed a relevant one for this discussion. We forget the names of most of the battles and generals from the wars we study, because it is all just data. In contrast, when we think of Paul Revere, we have vivid pictures in our mind—of a man mounting his horse, riding through the streets, warning the colonists of impending danger.

If Paul Revere did become a household name in America, it is largely because young students readily connect themselves with his tale. Since they learn it in narrative form, they visualize the event, and they remember the legend with both their hearts and their heads.

One more item that aids our memory of people such as Paul Revere is the structure of story in general. That is perhaps a good subject for our next post.