Why we remember Paul Revere 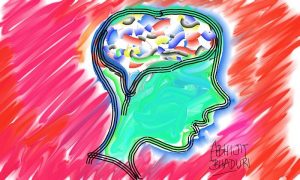 As I mentioned last time, American grade school children study in considerable detail the events leading up to their nation’s Declaration of Independence of 1776. They commit to memory—and reproduce on various tests—the names of the generals, the battles, and the turning points that shaped the colonies’ fight for independence.

While it is difficult to know exactly how long such knowledge lasts, my impression is that the answer would be “not very long”. No matter what their age today, I am reasonably certain that most people in the United States have long ago forgotten most of the details of the Revolutionary War.

At the same time, virtually every American knows the tale of the Boston silversmith who rode through the streets on one particular night, announcing the impending presence of the enemy.

For me, this is clearly a case of story elevating the mundane. In terms of its importance to the overall war effort, Revere’s role should be a small detail, perhaps nothing more than a historical footnote. Instead, he has been a household name in American families and schools for more than two centuries.

Why do we still remember and retell the legend of Paul Revere today?

By way of brief elucidation, I can invoke one of my favorite quotes about narrative and memory, from Annette Simmons. In her excellent book, The Story Factor, she writes: “Just look at what we remember from childhood. We remember the wolf who ‘huffed and puffed until he blew the house down,’ whereas most of us don’t remember squat from math class.” Echoing this notion, my simplest explanation of the Paul Revere phenomenon is perhaps the most obvious one: his ride is etched firmly in our collective memory because we learned about it in the form of a story.

A good deal of research has demonstrated the effectiveness of narrative-based learning in general. For example, a 1998 Harvard Business Review sidebar article entitled “The Science of Stories” refers to a study where American students were presented similar information in various formats. When tested, participants retained the story-based information with greater clarity, and up to three times more than the same information presented in textbook style. In their final analysis, the researchers concluded that the more anecdotal the style, the more students remember.

Also in 1998, training and development consultant Margaret Parkin published Tales for trainers: using stories and metaphors to facilitate learning. In that book, she describes a learning experiment where two groups of students were asked to recall a list of 20 everyday objects. One of the groups was given a list to memorize while the other was told an anecdote with the same 20 items. As in all the tests I have seen in this style of research, the “story” group was far more successful at recalling the various articles.

Another study with an unsurprising result was commissioned by the United States Department of Education in 1986. Not only was narrative-based teaching recommended for childhood education in general, the researchers made an interesting conclusion about certain challenging classroom situations. As they wrote: “even students with low motivation and weak academic skills are more likely to listen, read, write, and work hard in the context of storytelling.”

The inquiries cited in the previous three paragraphs are but a small sample of the research I found, almost all of which points to the power of narrative in a variety of teaching situations. So, on one level, we should look no further for explanations of why Paul Revere remains a household name in America today. It is mostly because we learn it in an anecdotal format, not as information to be memorized.

In the next post, I will analyze more deeply a few of the most important reasons for the effectiveness of story and storytelling as aids to our learning and remembering.