Storytelling first, yes, but never to the exclusion of rationality 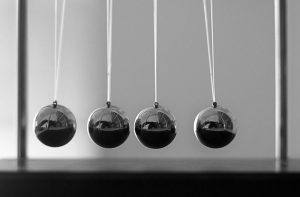 This week, a reader comment showed me the need to clarify something I stated in a misleading manner. The observation came from a former client who has followed my work and writing for many years, and she certainly has a clear understanding of who I am and what I believe.

Her remark concerned the title of the recent post “Science versus story: which approach is most useful for learning?”, and she objected specifically to my use of the word “versus”. So, I reread the post, and I realized that I am sometimes less than clear when I talk about the relationship between story-based and rational ways of learning, or about the dichotomy between narrative and paradigmatic forms of knowledge.

What I realize now is that my use of the word “versus” put the two types of knowledge in opposition, when in reality I do not see them that way.

For roughly twenty-five years now, I have studied and used storytelling techniques extensively in a variety of contexts. For example, in my coaching of entrepreneurs and other leaders, I have often encouraged people to use more personal anecdotes in all their interactions—with investors, clients, employees, and co-workers.

During that time, narrative-based teaching and learning also came to take center stage in my university classrooms. Thus, in much of my activity as a consultant, public speaker, and professor, I became a proponent of using story as a device for communicating with many types of audiences.

All of that does not mean, however, that narrative solutions are appropriate or superior in all circumstances, or that we should emphasize storytelling to the exclusion of analytical reasoning. Even when I advocate using “storytelling first”, it is not to suggest that stories should supplant logic and rational argument. In fact, the two types of discourse—reason-based and story-based—should complement each other.

To be clear about what I do believe, my championing of storytelling and narrative-based discourse has much to do with two phenomena. First, I do not say that we should not teach using logic and rational argument. Rather, I have observed that narrative methods seem to be an effective learning device for the longer term, because people actually remember stories and refer to them later.

Even when I teach using the case method, though, I often stop the discussion to lecture a bit about a theoretical notion we can learn from the events we are studying. This classroom dynamic—and how I learned to manage it through trial and error—will likely be the subject of a future post

The second phenomenon that made me such an advocate for the use of storytelling is a historical one. For about a three hundred year period beginning with the Enlightenment, the world came to value scientific knowledge more than narrative knowledge. As such, narrative discourse has become both undervalued and underutilized in modern organizational discourse.

One eloquent spokesperson for the concept that the modern world has come to underrate story-based communication is former White House speechwriter Daniel Pink. He explains: “As important as story has been throughout humanity, and as central as it remains to how we think, in the Information Age it got something of a bad rap…Stories amuse; facts illuminate. Stories divert; facts reveal. Stories are for cover; facts are for real.”

In his insightful book, A whole new mind: why right brainers will rule the future, Pink advocates putting story back into organizational discourse, arguing that our “enlightened” society has pushed us too far in the direction of logical, rational interchanges. For Pink, the essence of persuasive communication is “the ability to fashion a compelling narrative.”

As such, what I do propose when I coach individuals, for example, is that they develop a perspective that keeps them actively looking for opportunities to connect with listeners by using storytelling. In most instances, communication in our organizations would be vastly improved if speakers sought first to inspire with a compelling tale, and then to support it with logic and analysis.