Why we have trouble doing nothing 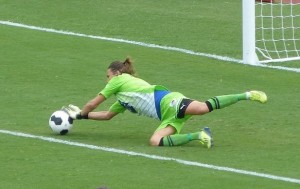 When I began perusing the research paper “Learning by Thinking: Overcoming the Bias for Action through Reflection”, one of my first thoughts concerned the title of the piece. I wondered about what type of bias for action the authors meant, since I have seen the term used in more than one way.

For example, Tom Peters is often credited with popularizing the notion of a “bias for action”, beginning with his 1980s business best-seller In Search of Excellence. Peters and co-author Bob Waterman put forth the concept that the propensity to decide and act quickly was a distinguishing feature of agile firms, and that these enterprises tended to be more successful than those that acted in slower, more reflective ways. These days, there also seems to be a good deal of support among business people for the notion that the tendency to make fast decisions is a characteristic of outstanding executives. In this sense, it is meant as a positive expression: the most effective firms and leaders tend to act quickly and decisively.

In a more general manner as well, much of the research I have seen in psychology, management, and human behavior would lead one to believe that human beings may have a natural (or perhaps learned) bias for action. When we are faced with any type of uncertainty, we generally prefer to do something rather than nothing. This is even true for instances where doing nothing might actually be optimal.

Among the areas where inaction would often yield a better result than action is the case of a football (soccer) goalkeeper trying to save penalty kicks. In a fascinating study of this particular situation, Michael Bar-Eli and a team of researchers found that the goalkeeper’s behavior displayed a bias for action that leads to a suboptimal result.

The researchers’ analysis of hundreds of penalty kicks in elite championships worldwide showed that over one third of the time kickers shoot at or near the middle of the goal. Consequently, less than two-thirds of the time do they aim for one of the corners.

Given that a goalkeeper has five basic choices for what to do (move toward one of four corners or stay in the middle), the optimal strategy would be staying near the center portion of the goal a good deal of the time, since this is the place with the highest statistical probability for the desired outcome. Nonetheless, almost every time there is a penalty kick, the goalkeeper prefers to leap or dive—either to the left or the right—rather than remaining close to the middle, where, on average, there is more chance of making the save.

Interviews with 32 top professional goalkeepers supported the notion that jumping and diving are the norm, the expected behavior when trying to save a penalty kick. According to the goaltenders, it simply looks and feels better to have missed the ball by diving in the wrong direction than to watch the ball go past without having made a dramatic move of some kind.

In other words, it is better to look like we are doing something dynamic, even when what we are doing may be less effective than a calmer approach.

Perhaps some readers are wondering about the connection I make between saving penalty kicks and the management of organizations. Of course, the two activities are vastly different, and I do not propose that we should see too close a parallel. On the other hand, I would contend that both the goalies and the managers are influenced by the bias for action in their environments.

When I read about the goalkeepers, with their need to and look like they are doing something dramatic, it makes me think of a 2002 Harvard Business Review piece entitled “Beware the Busy Manager”. In this article, Heike Bruch and Sumantra Ghoshal argue that failure to spend reflective time on the job is one of the modern manager’s major shortcomings. According to the authors, part of this management deficiency stems from the cultures of our organizations. Many workplaces seem to reward constant activity, even though learning to use some reflective time at work would probably improve most managers’ performance.

Beware the busy goalkeeper? What goalkeepers and managers share are a culture that respects action more than inaction. Just as the goalkeepers feel the need to show movement when attempting to stop penalty kicks, the bias for action in our organizations puts pressure on managers to stay busy, or at least to look busy. Next time, I’ll discuss how this mindset, the bias for action, impedes our development managers, and as people of influence in our worlds.