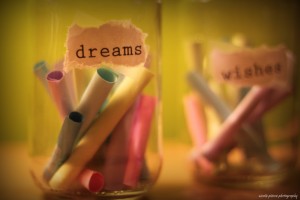 One of my favorite Brazilian proverbs says “When we dream alone, it is just a dream. But when we dream together, it is the beginning of a new reality.”

My view of organizational storytelling is similar. When a leader has a vision for the future, it is only a vision. When the leader’s vision becomes a co-created story with the followers, it is the beginning of a new future.

If there is such a thing as a heroic leader, for me it is not someone who performs feats of bravado herself but rather someone who inspires others to share the dream, the vision of what we can accomplish together. Only when a new story of identity becomes collective can it form the baseline of the group’s new reality.

As such, one of my favorite tales of “heroic” leadership is that of Anne Mulcahy, the former CEO of Xerox. Facing the most dire of situations, this remarkable leader managed nonetheless to launch a process of collective dreaming. The turnaround she stimulated at the giant company is a striking example of story co-creation.

When Mulcahy was named president of the corporation in May 2000, and CEO one year later, the business was in serious trouble, with more than $18 billion in debt. All possible credit lines had been exhausted, and the stock price was in a free fall. On top of all that, the U.S. Securities and Exchange Commission was investigating the corporation’s accounting practices. Morale throughout the organization was alarmingly low.

Mulcahy’s appointment had come as a surprise to nearly everyone, including the woman herself. A long-time company veteran, she had worked in field sales and on the corporate staff for 25 years, but never in finance, R&D, or manufacturing.   Everyone, from employees to customers and stock analysts, wondered how someone with no tangible financial experience could possibly cope with a crisis of this magnitude.

What Anne Mulcahy did have, though, was a thorough understanding of the organization, and an impeccable reputation as a hard worker and a person of character. Also, it was clear that she truly cared for the organization and its people. Because of all that, employees were willing to give her the benefit of the doubt, and even go the extra mile for her.

To redefine her company, Mulcahy tapped into the power of storytelling and story-sharing. A new corporate identity emerged at Xerox because she got the employees to co-create a future story, to buy into it, and to take ownership of it. She was the “hero” who began the process of writing her company’s new story, and her followers created a future that nobody could have imagined.

Back in her early days of uncertainly, the new CEO sought counsel from numerous sources about how to work through the crisis and move the organization into a new era. In the end, the turnaround she was able to effect at the giant company had its foundation in a remarkable example of story co-creation.

Interviewed in Fast Company in 2005, Mulcahy described how she navigated through this difficult period, by encouraging Xerox people to write a new corporate story with her: “I got great advice: Write a story. We wrote a Wall Street Journal article, because they had been particularly nasty about us, dated five years out. It was about where we could be if we really stood up to the plate. And people loved it. No matter where I go, people pull that article out. They personalized it… Storytelling is hugely important. At our town meetings, the most frequently asked question wasn’t whether we’d survive, but what we would look like when we did.”

What I find particularly interesting, and brilliant, about her approach is the way she brought people in and encouraged them to make the new corporate narrative their own.

Ann Mulcahy’s experience at Xerox demonstrates one of the great powers of storytelling—the ability to redefine a group.  As the members of the group co-create the story and come to believe in it, the shared narrative takes them to a new place in their imaginations. Believing in the possibilities that the new tale portrays puts the group on the path to making their story a self-fulfilling one.