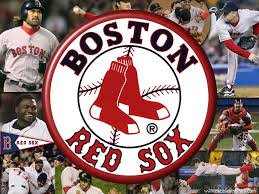 As I sit down to write this blog at 4:00 Thursday morning in Switzerland, I have just heard the news that the American baseball season has ended, and I find myself asking, “What if we were to take a short break from our study of Pope Francis to talk about the Boston Red Sox and their remarkable story of 2013?”

Last night, the Red Sox were crowned champions of American baseball, as they won the fabled World Series in six games. In the realm of sports, this event has been widely recognized as one of the most remarkable one-year turnarounds in history. In 2012, the Red Sox finished last in their division and were considered one of the worst teams in the Major Leagues. When the 2013 season began, experts predicted little better from them, perhaps a fourth or fifth place finish in their five-team group, with little hope of making the postseason playoffs. Even my father, a truly optimistic fan and astute student of the game, told me in March of 2013 that this team, with its lack of star power, was headed for another lackluster season, at best.

As someone with family roots in Massachusetts, I have been a lifelong fan of the Red Sox. While by no means a diehard baseball fanatic, I have lived around Boston and experienced first-hand the remarkable passion that this team and its supporters engender. Last week, I was on a business trip in Boston as the first three games of this series were played, and I was able to feel once again the astonishing outpouring of enthusiasm.

As such, it was indeed gratifying to see the Red Sox win their championship. And, it must be singularly satisfying for the Boston area in this particular year. The 2013 baseball season began in the shadow of the Boston Marathon bombings, so it is nice to see it end in euphoria at the ballpark and in the streets of the city.

Seen from a broader perspective, though, this is a story that goes far beyond sport. In fact, it is one my favorite story types, one I call a “narrative of the impossible”, about a group that overachieves and proves all the pundits wrong. These stories are about how teams of individuals working together can attain a goal that everyone once termed “out of the question”.

So, other than rooting for the underdog and feeling good about this group’s unlikely success against the odds, what are the takeaway lessons of this event? In generic terms, we can examine the sources of the Red Sox’ accomplishments and seek to replicate them in other contexts. In fact, my academic research and my experience working with some truly remarkable groups in the corporate world lead me to believe that this Red Sox team has many of the characteristics one often finds in high-performance teams in business, or in any field.

For example, on these remarkable teams, achievements are often more the result of culture and character than of resources and talent. While there may be outstanding performers, extraordinary success often finds its roots in the relationships among the individuals, and on everyone’s willingness to suppress their ego in the interest of the group. On this Red Sox team, even a casual observer such as myself can feel a genuine attitude of selflessness, teamwork and togetherness.

One almost always finds a sense of deeper meaning within these groups. Whether it be Apple changing the world through design, the Manhattan Project ending World War II, or Toyota becoming a world-class learning organization, participants are committed to a cause that transcends the daily work. When we see these groups, we perceive that what they do every day means far more to them than performing a job or playing a game. For the Red Sox, part of their cause was a shared commitment to “Boston Strong”, an outgrowth of the marathon tragedy. This team was united by its desire to offer the city a reason for happiness and hope.

In these groups there is often a spirit of play, with rituals of bonding. As is often the case, the ritual behavior of the Red Sox began spontaneously and serendipitously. During pre-season training, one of the players challenged the others to imitate his long, thick beard. As the season progressed, many of them stopped shaving altogether, and the beards became a symbol of their common bond. Rather than high fives, the Red Sox congratulatory gestures often involved pulling on each other’s long beards.

So, I propose that we go back and study the concepts of the three paragraphs above. These characteristics of the Red Sox are remarkably similar to those I challenge my corporate clients to emulate as they seek excellence in the performance of their workgroups