Donald Trump’s radical departure from traditional political parlance
Posted on May 13, 2017 in Leadership in the news, Politics & Storytelling 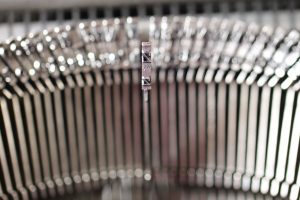 As we discussed briefly in the previous post, simple sentences and continual repetition of his core concepts are two cornerstones of Donald Trump’s approach to speech-making. Today, I would like to take a closer look at these and other aspects of the president’s unique form of discourse. From a rhetorical perspective, his manner of speaking represents quite a dramatic change from anything we have seen in recent years.

From my perspective, President Trump’s oratory is more than simply unique. Indeed, it constitutes nothing less than a totally novel modus operandi for a public figure.

Most people in high-level government positions, or those seeking to be elected to such jobs, take great care whenever they approach the microphone. They focus first and foremost on the factual accuracy of their remarks. In addition, they learn to be extremely cautious with their words, and nuanced with their opinions.

Mr Trump, in contrast, resolutely shuns all of this. His style is more combative than nuanced. He tends to hammer away at a relatively small number of key words—chosen for maximum emotional effect—while paying only scant attention to grammatical or political correctness. He appears to be singularly unconcerned that each of his words will be scrutinized by voters and pundits everywhere, or by a press corps looking to catch him employing “alternative facts”.

In front of his supporters, Trump gets away with this utter disregard for “the rules of the game” because he is selling feelings—not facts, eloquence, or rhetorical mastery. Since his speech-making is so much about feelings and impressions, the logic and theory behind his concepts are more or less irrelevant, or at least of secondary import. What matters to him is that his words resonate deeply with his audiences.

Candidate—and now President—Trump’s oratorical style and mannerisms may be seen as natural outgrowths of his prior life experience. His world has always been that of a businessperson selling his brand, and his ways of promoting and persuading did not change very much when he entered the world of politics. As a salesman and “deal-maker”, he has learned to keep things simple, filling his speeches with easily remembered, monosyllabic words, and avoiding any type of complex sentence structures.

Mr Trump was also a celebrity performer on “The Apprentice”, his own highly successful reality television show. Nowadays, when he faces his audiences, one gets the clear feeling that he views speaking engagements as staged productions, designed first and foremost to generate maximum impact. As such, the factual basis for what he says is of less consequence than how it comes across, and the impressions it leaves in the minds of the spectators.

The more I have heard him speak, the more I have understood that Donald Trump is rarely trying to convince us with reason and logic. Rather, he is thinking about leaving specific thoughts and images in our minds. He usually speaks in short, repetitive clauses that help give him an air of authority, even when he provides little in terms of the rationale that supports his statements. For example: “We have some tremendous problems…I inherited a disaster, believe me…health care, a disaster. Our defense budget, a disaster. There are tremendous problems. It’s a disaster, folks, truly a disaster.”

While he is fond of repeating and emphasizing buzzwords such as “disaster”, he does not cite much evidence to support the concept that these things are going badly. Nor does he provide anything more than meager—and sometimes dubious—facts to explain the precise nature or the amplitude of the “disasters”. Instead, he persuades his listeners with his air of steadfast conviction, and complete self-assurance.

By repeating his principal buzzwords continuously, and often ending his sentences with them, Mr Trump gets away with saying things that many would call rationally dubious. The audience is nonetheless left with his key words and concepts ringing in their ears.