Emotion and effectiveness in the discourse of Donald Trump 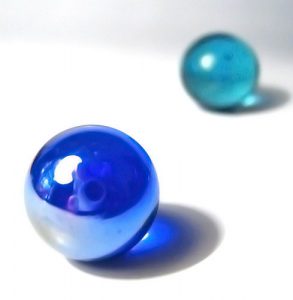 In the last post, we focused our attention on the power of emotional discourse. As we noted, a significant element of Donald Trump’s astonishing electoral victory was his ability to move people to action by appealing to their hearts, far more than to their heads.

Immediately after the November election, when the pollsters, pundits and newscasters were expressing utter disbelief at the outcome, I recall listening to various remarks from some of Trump’s advisors. These campaign insiders spoke of an “enthusiasm gap” they had noticed between Trump’s supporters and Clinton’s, in the final phases of the campaign. When questioned about this concept, they asserted that the crowd sizes and the levels of engagement were clearly far greater at Trump’s speeches than at those of his opponent.

According to Trump advocates, Mrs Clinton’s backers were mostly reserved and passive, while attendees at their candidate’s rallies were full of zeal and excitement. This disparity in passion levels had given Trump’s people hope in the days leading up to the balloting, even when all the polls and expert analysts were calling Mrs Clinton the clear and obvious victor.

In hindsight, this difference in energy and enthusiasm between the two sets of supporters is rather comprehensible. As we have seen in recent posts, the great force of Mr Trump’s oratory is his ability to touch his partisan’s hearts, and to fan the flames of their indignation.

In any case, it continues to be intriguing to me that there has been so much interest in Donald Trump’s surprising effectiveness as a speech-maker, even from some of his detractors. Consequently, for the past six months, I have found myself fielding a great number queries about Mr Trump’s public speaking. Many of my friends, colleagues, and readers seem baffled that someone with so little polish, sophistication, nuance, or mastery of the facts (in their opinion) could be so successful at reaching his audiences. Since so many individuals have inquired about my analysis of his speaking style, in the next two or three entries I will express some more of my views on the matter.

Just to be clear (again), my formal expertise as a political analyst is quite limited. Other than what I say in the paragraph that follows about storytelling—which has been a subject of my study, consulting, and teaching for many years—the rest is simply the nonprofessional opinion of an interested observer.

As I wrote in the previous post, the Republican candidate’s use of personal storytelling was by no means a particularly skillful execution of the concept I call “leading by autobiography”. His stories of “who I am and what I stand for” were indeed present, but they tended to be general and superficial, lacking detail and depth about his life lessons and experience.

What I have increasingly discovered, though, and what I have addressed in some recent posts, is that even his relatively superficial use of stories of identity had a significant impact on large numbers of voters. leading

The advantage of simplicity: Recently, I have even come to believe that the extremely simple and straightforward nature of Mr Trump’s storytelling was, in the final analysis, more an asset than a hindrance. Because he repeated a simple litany of personal stories over and over—providing uncomplicated narratives that everyone could readily grasp and remember—people have very clear ideas about exactly who he is and what he stands for.

We can also observe the same sort of simplicity in Trump’s rhetoric in general. In fact, two of the distinctive features of his speech-making are simple sentences and continual repetition of his key words, phrases, and structures.

Next time, we’ll take a closer look at why his style of discourse was so unique, and so impactful.