A village takes a stand 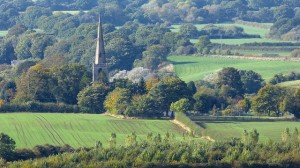 There is one type of leadership story that I have a particular affinity for: tales of common citizens who lead without authority. In other words, I like to hear or read about people who do not necessarily change the world, but who have an enormous impact on their worlds, despite having no formal position of power.

One of the reasons I enjoy these narratives is that they demonstrate so clearly two of my favorite life lessons, concepts I seek to impart both in my leadership seminars and in my coaching. First, we can all influence our worlds, often far more than most of us realize, if we are willing to take stands on the issues that truly matter to us. And second, each of us can impact our groups, our communities, and our organizations from anywhere—from any seat at the table, as I am wont to say—regardless of where we may sit.

In this vein, I saw a report in the New York Times a few weeks ago, about a group that took an unusual stand. The article in question is entitled “English Village Becomes Climate Leader by Quietly Cleaning Up Its Own Patch”. It describes a phenomenon that fits well with our theme of the past few weeks: ordinary individuals—people such as Coni Santos and Dave Carroll—who take stands that impact their worlds.

In this case, though, we see not a single individual take a stand, but rather an entire community. Ashton Hayes is an English-style village of some 1,000 people, a seemingly unremarkable place twenty-five miles southeast of Liverpool. With its 19th-century Anglican church and a community-owned shop that doubles as the post office, it looks much like any other time-honored small town nestled in the countryside.

But Ashton Hayes is by no means a typical village when it comes to one of the world’s most critical issues: climate change. In its efforts to combat global warming, this town is living out an uncommon story of collective identity. Hundreds of residents have banded together to cut greenhouse emissions. They use clotheslines instead of machine dryers, cut down on air travel, install solar panels wherever possible, and use glazed windows to better insulate their homes.

The project, which is ten years old, has been an outstanding success, leading to a 24 percent decrease in harmful emissions.

Staying outside politics: What makes Ashton Hayes especially unusual is that the residents have done all this themselves, without prodding or support from national or local authorities. As such, one of this undertaking’s fundamental principles—and one of the key reasons for its success—is that the people of Ashton Hayes feel in charge, an integral part of the story, rather than a group following government policies or standards imposed by outsiders.

Consequently, the people of the town have gone to great lengths to keep their entire energy venture apolitical. When the local member of Parliament showed up at the first public meeting in January 2006, he was told he could not address the gathering. Since then, no official from any political party has spoken to the group, as residents do not want to risk any divisiveness along political lines.

So, what are some of the lessons we might glean from this English country village and its energy policy? First, and as we have seen in the past few posts, ordinary citizens, without any type of formal authority, can nonetheless have considerable influence in their worlds. Second, people simply like to take charge of their own destiny. And, a third key lesson is about the power of a truly collective endeavor.

In the book Culture Jam, Estonian filmmaker and social activist Kalle Lasn argues that the most powerful narcotic in the world is the promise of belonging. The residents of Ashton Hayes demonstrate this phenomenon, as we see once more that human beings long to participate in a story of collective identity.

Next time, we will take a close look at the man whose idea started this transformational movement in Ashton Hayes, and examine some of the leadership lessons from his story.