How the environmental movement began in Ashton Hayes 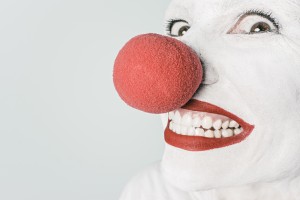 In the previous post, we saw the story of a remarkable village that took a stand, deciding on its own to do its part to combat global warming.

Of course, the energy policy of Ashton Hayes will not have a significant impact on climate change in the world at large. At the same time, this small English town provides a compelling symbol. By doing what they can within their sphere of influence, to “clean up our own patch”, as they say, the people of this community are a shining example of possibility for the rest of us.

While each of us may not have opportunities to bring about change on the world stage, we are all able to have a profound impact in our own communities and organizations.

When I consider events such as this one in Ashton Hayes, it reminds me of a fascinating leadership paradox. On the one hand, our society has a tendency to overemphasize the role of leaders. In almost all cases, it is great groups, rather than a single larger-than-life individual, that bring significant change to their worlds.

On the other hand, even if group members often influence things as much as leaders do, there is simply no leaderless leadership. So, we might wish to focus a bit of attention on Gary Charnock, a 30-year Ashton Hayes resident who is a former journalist with university training in hydrology. This unlikely individual was destined to become the driving force behind the social experiment that would transform his community.

A little more than a decade ago, Charnock  attended a lecture on climate change at the Hay Festival, an annual literary gathering in Wales. Reflecting on this particular session, he was struck by the urgency of doing something about global warming, and he decided to try to transform his town into Britain’s first carbon-neutral village. At the time, Charnock did not know if such a result was truly attainable. “But even if we don’t [make it all the way to carbon neutral]”, he remembers thinking, “let’s try to have a little fun.”

Reading Charnock’s story brought two intriguing thoughts to mind. First, I was impressed by the notion that this man was by no means a “crusader” with a long-standing commitment to environmental concerns. Rather, Mr Charnock’s case is clearly one of an individual reacting to something he encountered—in this case the lecture on climate change—and deciding to take a stand on an issue that became important to him.

Why do I find the fact that the project’s leader was no lifelong zealot so important? Simply because, based on my research and experience in organizations, this is what people of influence most often do. They process their life experiences, reflect on what is happening to them, and integrate new elements into their life stories and worldviews. When these new ideas matter to them, they decide to take a stand, and they tell their stories to others.

The second element of Gary Charnock’s tale that I found fascinating was his insistence that they should at least “have a little fun”, regardless of whether they could meet the goal of carbon neutrality. While the concept of having fun while doing a serious project may not seem radical or extraordinary, it appears to be one of the key factors in the success of the Ashton Hayes energy project.

Having fun has made all the difference. Many efforts to reduce greenhouse gases tend to be alarmist, telling tales of doom and gloom about the consequences of human inaction. Such attitudes can make people feel insignificant and powerless in the face of such an overwhelming world problem. In Ashton Hayes, the program has succeeded largely because it has kept its endeavors light and fun.

Among the numerous communities that have asked Ashton Hayes for advice about how to reduce carbon dioxide emissions is Notteroy, a Norwegian island municipality with 21,000 inhabitants. Councilwoman Janet Gullvaag, whose party’s platform includes a comprehensive local program to combat global warming, sees the lightheartedness of the Ashton Hayes plan as a truly noteworthy innovation. As she states: “I think that the idea that Ashton Hayes had—to make caring for the environment fun, without pointing fingers—was quite revolutionary.”