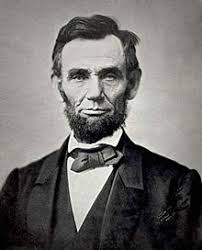 Lately, I have been reading quite a bit about the great (many would say greatest) American president, Abraham Lincoln. Along with my co-author Patricia Ward Biederman, I have been searching for examples of Lincoln’s storytelling, as he was a master at using his personal stories of identity. In addition, the press has turned its attention to this great man again recently, perhaps due to the recent release of Steven Spielberg’s latest film about Lincoln’s presidency.

Last week, I read again the outstanding book, Team of Rivals, by the noted historian Doris Kearns Goodwin, along with a few recent New York Times articles and Harvard Business School cases. As a result, I understand more and more the world’s fascination with this remarkable man.

In fact, Lincoln’s life is full of leadership lessons from which we can all draw insight. So, below are a few thoughts, stimulated by my recent reading.

Lincoln had a remarkable sense of inclusion: The story of Lincoln’s cabinet is one of the most amazing management tales I have ever heard. In 1860, Lincoln’s nomination as the Republican Party candidate was truly a surprise, as three of his rivals had larger followings, more support within the party, and greater resources. The problem for the other candidates was that they had fought with each other for years. Each one had made powerful enemies, allowing Lincoln, who had offended nobody, to emerge as a compromise candidate.

Lincoln, a deep thinker who took the time to listen to diverse points of view, had always surrounded himself with people who were not afraid to express themselves and to question his authority. To everyone’s surprise, though, the new president decided to include many of his rivals, who had strong egos and high ambitions, in his cabinet and circle of advisors.

For example, Lincoln brought Salmon Chase, one of the candidates he defeated, into his cabinet as treasury secretary. He then kept him there for three years, knowing full well that Chase craved the presidency, and knowing that Chase was undermining him some of the time with other cabinet members, Congress, and the rest of the country.

With his nation in peril, Lincoln said that he needed the best and most experienced minds to help preserve the union. So long as each one was doing a good job at his post, Lincoln saw their contributions to be more important than his personal feelings toward them. In the end, each of his former rivals became close collaborators, even friends.

There was nothing charismatic about him. He led with character, from the inside out: I have never seen Lincoln described as impressive from the outside. Often seen as physically inelegant and even awkward, he was not one to dazzle with the brilliance of his personality. Indeed, the ungainly president was sometimes viewed as taciturn, and it took the country some time to get to know him, and eventually to warm to him.

He led with integrity and authenticity, from deep inside, with an intense sense of fair-mindedness, and with heartfelt conviction. Over time, each member of his cabinet–including his toughest rivals–came to see that there was something truly special about him.

For example, William Seward, once one of Lincoln’s fiercest critics, changed his opinion when he worked closely with the president. Some eight weeks after becoming secretary of state, Seward wrote to his wife that Lincoln was unlike anyone he’d ever known. Other members of the cabinet came to think so too. Most of them came to power thinking Lincoln was rather unexceptional, and each ended up believing that he was as near a perfect man as anyone they’d ever met.

A rare emotional intelligence: More than a century before the term was coined, President Lincoln exhibited a rare emotional intelligence in his daily activities. Given the above description of his circle of advisors and collaborators, it was indeed a remarkable feat that he was able to develop relationships with his individual cabinet members, and to get them to function as an effective team.

He was able to shape and inspire this unlikely collection of individuals because empathy and humility were central to his character. He did a lot of slow management, taking the time to engage his colleagues in long conversations, and to truly listen to them. He was quick to acknowledge his own mistakes, to learn from them, and to move on. In addition, he would often shoulder responsibility for the mistakes of his subordinates, and he would never berate a collaborator in public. Because of all of these characteristics, he was able to win the respect and loyalty of everyone.

Next week: a discussion of Lincoln’s remarkable storytelling prowess.