When presidential candidates miss a major point about storytelling 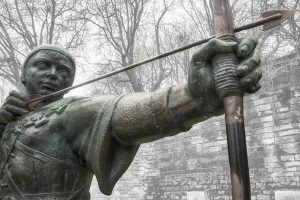 As I have often stated, my interest in politics is not more than peripheral. There are times, though, when I come across political items that draw me in. In fact, my recent interest in writing about the current and former Democratic presidential candidates—Joe Biden and Hillary Clinton—was sparked by an interview I heard in late May.

David Plouffe, who managed Barack Obama’s successful campaign in 2008, was being questioned on his views about what Joe Biden and his team should be doing to ensure victory over Donald Trump in the November election. In that interview, Mr Plouffe referenced an article he had co-authored with another former Obama advisor, David Axelrod. That piece, which appeared in the New York Times on May 4th, carries the title, “What Joe Biden Needs to Do to Beat Trump”.

Taken together, the article and the interview lend significant insight into what Democratic “game plan” is for the run-up to the voting in November. Not taking sides, but recalling that Mrs Clinton did lose to Trump in 2016, I could not help but wonder if the two top party operatives who expressed their opinion had learned the lessons of past experience.

Indeed, the two items, one spoken and one written, hold much information and strong opinions about what Mr Biden should do in the coming months. Much of it is good advice, even if a bit general in nature.

According to the two pundits, the Democratic candidate should try to do the following: Up the tempo of his campaign. Expand his digital footprint. Prepare for an onslaught from Trump and his team. Broaden his base and employ surrogates.

While all this appears to make good sense, Mr Plouffe piqued my interest with one remarkable statement during the interview. That occurred when he exclaimed forcefully: “And, we have to boost our storytelling.”

When I heard this statement, I thought, YES, finally they have realized the importance of stories of identity in a candidate’s speechmaking. But then, just as in the past, my anticipation turned to disappointment when Plouffe began elucidating the concept.

In essence, what they mean by “boosting storytelling” is getting content in front of people. They write about creating and distributing content, getting their news out on social media platforms, informing voters on a variety of channels about what Democrats are doing. You have to be storytelling all the time, they say, about what you are fighting for, what decisions you are making, how you are helping people. Tell the stories that help us and hurt them.

Excuse the passionate nature of my reaction, but I just felt like I wanted to shake them, (of course metaphorically, not physically). Here are two men much smarter than I, and certainly far more savvy about politics than I could ever be, and I was left wondering why they still did not understand the true power of story as a form of self-expression for a leader.

Had they been in front of me, I would have asked them: “Do you not realize—or have you forgotten—that your candidate Barack Obama won the presidency in large measure by touching Americans with his personal stories? And, did you not see in the post-election polling from 2016 that so many people did not vote for Hillary Clinton because they did not feel they knew who she is and what she stands for?”

In this age of social media and short attention spans, it is certainly good to promote the notion of “boosting” their party’s stories, as they put it. To me, though, they continue to miss the opportunity to connect with the voting public through  the most powerful form of storytelling—the identity stories that reveal a person’s core values and character.

It is an ongoing source of bewilderment to me that I observe the effectiveness of this type of storytelling virtually every day in my own work, and that so many of the “experts” still do not see it.