How I would have coached Mrs Clinton

How I would have coached Mrs Clinton

How I would have coached Mrs Clinton
Posted on December 1, 2017 in Leadership, Politics & Storytelling, Storytelling 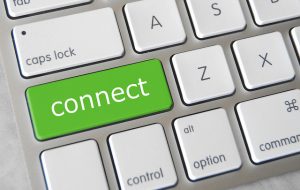 In the previous post, I wrote that I would begin to sketch out some examples of the type of discourse I would have encouraged Hillary Clinton to use, had I been advising her. Today, my goal is to explain the rationale for the approach I would have taken with her, integrating some of the concepts I use with nearly everyone I coach.

That said, I do not wish to appear overly presumptuous, and I am certainly not arrogant enough to put myself forth as someone whom Mrs Clinton would have asked for guidance. Nor do I believe that my intervention would have necessarily altered the outcome of the voting.

On the other hand, helping all types of individuals express who they are and what they stand for has been a large part of my life’s work for more than two decades, and this experience has given me considerable conviction in the power the methodology I espouse. So, without declaring that it would have impacted the result of the election, I remain convinced that a healthy dose of what I prescribe would have helped Mrs Clinton connect with voters, and to do so with a clearer and more powerful message.

Admittedly, my perspective on candidates and campaigns is decidedly different than that of most people. While I like to listen to politicians speak, I am not unduly interested in politics per se. In fact, I often find myself rooting for all candidates—regardless of party affiliation—who use their authentic personal stories of identity to influence voters.

As such, I should also state once more that my goal in commenting on all this is not to take sides in a political debate, which is something I rarely do. If truth be told, I was not a big fan of either candidate last time around, and I have no particular allegiance to either Mr Trump or Mrs Clinton. When I observed their public discourse, I was hoping to see either or both of them attempt to lead by autobiography. In other words, I wanted to hear them use tales from their life experience to give listeners a clear sense of who they are and what they stand for.

Given my rather unusual perspective, I remember feeling frustration nearly every time I heard Hillary Clinton speak. Even back in May and June 2016, at a time when most of the world considered her a shoe-in for the presidency, I could not help but wonder if her road to victory would be hindered by a rhetorical style that was so unspecific, distant, and impersonal.

As it happens, I spent a good deal of time in the US during those months, in the heat of the campaign. And, I remember asking myself over and over why she was not telling the world much at all about who she is, where she comes from, or what she truly stands for. My bewilderment was all the greater because polls were showing that undecided voters were saying that they simply did not know her very well.

As the days wore on, my wonderment turned to disappointment. What I was observing was a total failure, even a reluctance, to speak from the heart about herself and the things that matter to her. That is what voters seemed to be asking for, and the most effective vehicle for doing it is precisely what I teach my clients and students to do—telling personal stories from one’s life and experience.

So, precisely how would I have coached her to do this? First, I would have encouraged her to use precisely the part of her background that she refers to as not very interesting. In fact, I would have told her this: Emphasize where you come from, along with the lessons and values of your upbringing. Speak about being a middle-class girl from the middle of the country.

One of the consistent concerns among her campaign’s insiders was that Mrs Clinton was losing touch with the country’s mainstream, with the workers of Middle America. Reaching out to these people should have involved telling them stories they might relate to, tales that show that her background is not far removed from theirs.

Second, I would have done what I do with all my clients—teach them to process their life experience in ways that lead them to identify the source of their deepest values and beliefs. Everything we believe, and all that we stand for, comes from some element of our life’s journey: the people, events, decisions, and environments that have shaped us into the person we are today.

Without having performed such a life journey exercise with Hillary Clinton, it is of course impossible for me to discuss her core values or the personal stories she might have used to express them. Nonetheless, I do plan to write about the types of anecdotes she must have from her past, given the circumstances of her upbringing.