How to win an election using tales of an ordinary, middle-class upbringing 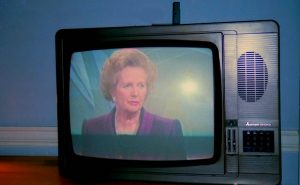 In the past weeks, I have commended Hillary Clinton on her seemingly newfound personality, one that is demonstrating true dynamism, new energy, and a more personal style of discourse. During recent interviews, I have continued to be impressed, as she shows far more of her character and beliefs, and with a verve and candor that I had never seen in her previously. Had she articulated her views in such a manner during the campaign, there is a good chance she would be president today, at least in my opinion.

At the same time, I have noted on several occasions that I remain baffled by some of Mrs Clinton’s assertions regarding her childhood experience. In particular, she states—in her latest book and in a number of interviews—that her background and upbringing were not very interesting, compared with those of the last two Democratic presidents, Bill Clinton or Barack Obama. Thus, in her mind, she had no compelling stories to tell about her childhood and adolescent years, since she was simply “a middle-class girl from the middle of the country”.

To me, this type of statement demonstrates clearly that she still does not comprehend what I consider to be the central reason for her defeat: She simply failed to use personal stories from her modest origins to connect with the working classes of America.

The critical issue is not so much whether her story was compelling or not, or how it compared with those of her husband or former president Obama. I repeat, as I have often done with my clients and students since 1995: Everybody has a usable past. Some people simply learn to use their life experience more effectively than others.

The more I hear Mrs Clinton remark that being “a middle-class girl from the middle of the country” was a hindrance to her candidacy, the more it makes me think of a woman of similar background who managed to use her middle-class upbringing to great advantage.

Margaret Hilda Roberts was born in October 1925, in Grantham, Lincolnshire, an unremarkable English country town. She spent her childhood years in Grantham, where her family owned two small grocery shops. Growing up in a middle-class market town, far from major population centers, did not inhibit her from telling stories about this upbringing when she embarked on a career in politics.

Quite to the contrary, Margaret Thatcher would grow to become Britain’s first woman prime minister, and one of the 20th century’s most influential people. And all through her career, Mrs Thatcher emphasized her solid middle class upbringing, even riding it to an impressive string of electoral triumphs in the 1970s and 80s.

Her ability to use her autobiographical tales to influence the electorate was particularly evident in 1979, when she won the first of her three general elections as prime minister, her nation’s highest office. As the daughter of middle-class shopkeepers from a small and traditional English town, Thatcher’s vision was that her own story and values could become a model to help a “lost” Britain find its way again. The virtues of self-reliance, initiative, and basic human decency that she had absorbed from her upbringing were just the remedies for what ailed her nation.

The anecdotes she told from her youth spoke clearly of who she is, where her values come from, and what her formative years taught her. Perhaps more than anything else, speaking on the stump in this way helped Mrs Thatcher reach the minds of the working classes of her nation, which is precisely what Hillary Clinton failed to do.

Margaret Thatcher’s speech upon her 1979 electoral triumph shows that she was entirely conscious of the role her personal stories had played. Having convinced the British to vote for a change of direction in government, Thatcher emphasized the connection between her personal story and her story for a new Britain: “The passionately interesting thing to me is that the things I learned in a small town, in a very modest home, are just the things I believe have won the election.”

What is the overriding lesson from all this? Certainly not that Margaret Thatcher had a more interesting upbringing or life experience than Hillary Clinton. She simply learned to use her past more effectively.