What the Democrats still do not understand

What the Democrats still do not understand

What the Democrats still do not understand
Posted on December 24, 2017 in Leading by autobiography, Politics & Storytelling 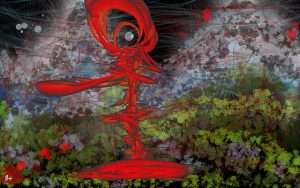 Each week, it seems that something I read provides yet another indication that Democrats in the US are still trying to account for what happened in November 2016, when they lost the presidency and control of the legislature. One of the recent articles I came across appeared in the January-February 2018 issue of Foreign Affairs. Entitled “How to Stand Up to the Kremlin”, it is co-authored by former vice-president Joe Biden, who may yet be a candidate for the White House in 2020.

Mr Biden recommends a thorough investigation, by a dedicated 9/11-style commission, to examine Russia’s assault on American democracy. As he states: “Americans need a thorough, detailed inquest into how Russia’s strike on their democratic institutions was carried out and how another one might be prevented.”

The former vice-president’s suggestion does make some sense, as interventions by foreign hackers are apparently widespread, and likely to continue. As he warns: “Today, the Russian government is brazenly assaulting the foundations of western democracy around the world.”

At the same time, there seems to be something of another agenda in Mr Biden’s treatise. In fact, one senses that the chief reason for writing such a piece may be to provide an answer to a question that still haunts his party: How could Hillary Clinton have possibly lost to someone such as Donald Trump? Since the US electorate could not possibly have preferred Mr Trump, many mainstream Democrats reason, it makes sense that an outside force helped produce this surprising result.

Also this week, I listened a few times to Hillary Clinton, who continues to give interviews for the promotion of her book, What Happened. Once again, I find Mrs Clinton refreshingly engaging, humorous and candid, characteristics that she failed to display during her entire campaign for the presidency. However, some of her assertions, even if they may be true in part, indicate once more that she still does not grasp the principal reason for her defeat.

For example, she has stated on a number of occasions that FBI director James Comey cost her the election with a letter he wrote to Congress 11 days prior to the election. That message informed lawmakers that the FBI had learned of the “existence of emails that appear to be pertinent to the investigation” into then-Secretary of State Clinton’s use of a private email server. In a number of interviews, Mrs Clinton has claimed that the sending of this letter was the event that changed the outcome of the election. As she told CNN one year after her loss: “I would have won but for Jim Comey’s letter on Oct. 28.”

Now, I would never say that these two external factors—the extensive Russian hacking and James Comey’s letter—had no influence on the polling. In any case, I am not qualified to estimate the impact that such events may have had. However, my contention and deep belief is that none of this would have mattered at all, if Hillary Clinton had simply managed to use her personal stories of identity to connect with middle-class voters.

As we have observed in a number of past posts, Barack Obama made masterful use of his personal narrative throughout his career. Margaret Thatcher used stories from a background very similar to that of Hillary Clinton to convince a majority of Britons that their nation needed a sharp change of direction. These are but two of a multitude of examples—both from politics and from business—of individuals who inspire those around them with their personal stories of identity.

Had Mrs Clinton learned to lead by autobiography—to use stories from her life experience that express who she is and what she stands for—no amount of Russian meddling or letters from FBI directors would have prevented her from defeating Donald Trump.