The sheer power of repetition in political discourse

The sheer power of repetition in political discourse

The sheer power of repetition in political discourse
Posted on May 19, 2017 in Leadership in the news, Politics & Storytelling 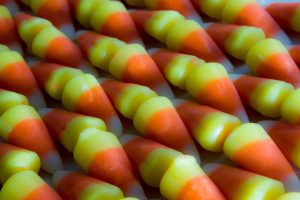 In the last post, we looked at some rather unique elements of President Trump’s approach to speech-making. Whatever one’s opinion of Mr Trump, there is no denying that he was able to captivate audiences at his campaign rallies with his unconventional, irreverent, and often inflammatory rhetoric. By speaking with steadfast certainty, and by fervently repeating his convictions, he establishes an air of authority, even when the rational basis for what he says may be absent or dubious.

This week, let’s explore precisely why he was so successful at galvanizing his base of supporters, and discuss some of the issues he may face with them as his term unfolds.

A surprising instrument that has been a core tenet of Donald Trump’s oratory strategy is this: If he states something often enough, and with enough self-assurance, his legions of supporters will integrate it into their worldview. As such, in his speeches, he will often repeat a series of short, simple phrases, confidently pounding out his key words in a staccato rhythm.

Crooked Hillary? It may seem like childish behavior, inappropriate in the context of a presidential election, but it was a remarkably fruitful ploy for Donald Trump’s campaign. His custom was to invent nicknames for each serious opponent along his path, and he repeated these epithets over and over. Thus, Ted Cruz became “Lying Ted”, Marco Rubio was “Little Marco”, and Jeb Bush “Low Energy Jeb”.

This name calling phenomenon was another instance of trying to create an impression through the sheer force of repetition. In this case, it seemed to play exceedingly well with his legions of supporters. Hammering away at these nicknames with his air of smug self-assuredness helped him cement these images in the minds of many voters.

The moniker Mr Trump pinned on his Democratic opponent was “Crooked Hillary.” Now, just for the record, I do not see it as my role to opine about whether or not Hillary Clinton is crooked. My goal is merely to analyze Mr Trump’s use of rhetorical tools. In this and the other cases, he is seeking to convince his audiences mostly by dint of repetition, rather than with rational argument and supporting evidence.

In other words, because Trump does not aim to convince with logical argument, the question of whether Clinton is crooked or not becomes almost irrelevant. As he did with his other opponents, he shouted the nicknames out incessantly—long and hard enough to leave voters with an image in their minds.

In the end, he succeeded so well at convincing his supporters of Hillary Clinton’s crookedness that some of them were disappointed when he decided not to prosecute her. In CNN’s interviews with Trump supporters in the heart of America, almost all of these people gave him top ratings for job performance thus far, since he was doing “exactly what he promised”.

The only voters who gave him a somewhat lower grade were those who stated that he had broken his word by not trying to put Mrs Clinton in jail. After insisting so many times that she was such a shady character, this image of her was firmly established.