My view of what candidate Biden should do

My view of what candidate Biden should do

My view of what candidate Biden should do
Posted on August 24, 2020 in Storytelling and Politics 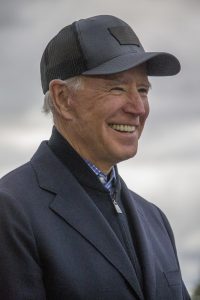 In recent weeks, a number of readers have made a point of telling me how much they are enjoying my posts on political issues. Whenever this happens, it feels a bit strange, since I am writing in a realm where I have no particular expertise. At the same time, the positive reactions demonstrate that people—those who read this blog at least—appreciate the power of telling personal stories of identity in a variety of contexts.

In any case, it now seems like a good idea to stay on the theme of how storytelling could help Joe Biden. As I wrote in the previous post, it was after hearing an interview and reading an article by two top Democratic strategists that I felt compelled to write something about this campaign. In particular, I was struck by the fact that such widely respected political operatives continued to neglect one of the most convincing ways a candidate has for inspiring voters—personal stories.

Last time, we saw that these two former Obama advisors, David Plouffe and David Axelrod, do believe in the importance of story for candidates. In fact, they recommend that Mr Biden “boost storytelling”, and they provide examples to show precisely what they mean.

To me though, their advice about using story is a bit superficial. The Biden team should make sure the Democrats get out the stories that people aren’t seeing. Encourage the candidate, they say, to ask the well-known members of the party, those with large followings on social media, to post and tweet stories about how he and the Democrats are helping ordinary people.

For instance, if a Democratic governor has an innovative solution to medical insurance in his state, we must get those stories out there. Tell a story about what is happening in the manufacturing sector in some Midwest state. Or, have fellow Democrats tweet massively about how Trump’s trade policies are hurting local workers.

Why am I disappointed by these recommendations, and why do I see them as not addressing the full potential of narrative? From my perspective, their advice is mostly about spreading stories from the news cycle, and “boosting” some of the more obscure ones so that more voters see them. As such, Plouffe and Axelrod seem to be mostly concerned with using more efficient channels to promote classic messages.

When they use terms such as “leveraging storytelling” and  “amplifying stories”, they recognize that this type of anecdote does have a role to play, and that it should be promoted. At the same time, though, there is no mention of how their candidate should be using storytelling in its most powerful form.

For me, there is little doubt about the most compelling way for Joe Biden to express who he is, how he sees the world, and what he stands for. He should be telling personal stories from his life experience.

Lest one think that my insistence on a specific type of storytelling stems from my own well-known professional bias, I cite the work of one of the most respected leadership scholars of our time. Howard Gardner is a Harvard psychology professor, a renowned student of leadership, and author of the remarkable book, Leading Minds: an Anatomy of Leadership.

In his book, Gardner profiles eleven noteworthy leaders of the 20th century, all of whom used personal narrative—stories that express who they are and what they stand for—to inspire others and move them to action. He concludes that the most effective leaders are individuals whose life stories play a central role in how they express themselves, and how they influence others.

As the celebrated author states, “the artful creation and articulation of stories constitutes a fundamental part of the leader’s vocation”. Further, these well-crafted stories constitute “the single most powerful weapon in the leader’s literary arsenal.” Whether consciously or unconsciously, inspirational leaders fashion and tell stories of identity.

Gardner’s assertions, as well as the conclusions of my doctoral research, have been validated again and again in my three decades of working in organizations. Indeed, everything I have seen in my work as a manager, coach and consultant has led me to believe that the concept of leading by autobiography is a highly effective skill for anyone who works with others. Our success as leaders—as people of influence, regardless of our position in a group—is intimately tied to our sense of self and our ability to use stories of “who I am” and “what I stand for”.

In light of all this, it is indeed remarkable to me that Joe Biden’s team would risk making precisely the same mistake that the Clinton campaign made in 2016. As I have opined on several occasions now, I am convinced that Hillary Clinton’s principal failure was that of not expressing clearly what she truly stands for.