An impressive tale of transformation 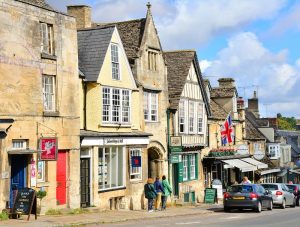 The previous post, about Charles de Gaulle’s use of narrative and historical symbol, led some readers to ask if I could cite other examples of individuals who influenced their worlds in a similar manner. Truth be told, I did spend hundreds of hours during my years of doctoral research looking for cases of heads of state who used personal stories and national symbols to lead their people in times of crisis.

And so, not only do I nearly always have some relevant illustrations in mind, I see one in particular that Joe Biden could learn from and apply in the critical first months of his presidency. It is indeed an example of someone who changed the course of her nation in profound ways.

As I have often stated in my public speaking engagements, Margaret Thatcher is probably the most compelling case study I have ever seen of the phenomenon I call “leading by autobiography”. Her use of personal stories of identity to inspire her countrymen and show them a new direction was indeed extraordinary.

At the same time, though, Thatcher’s tale of transformation is one I hesitate to use in certain contexts, since she was such a singularly polarizing figure. In Britain, for instance, my students and conference attendees seemed evenly split between loving and hating her.

In Latin America as well, I have often run into resistance. One incident I remember vividly happened a few years ago, when I was preparing to address a group of executives at Disney Argentina. The woman in charge of the event had perused my slides beforehand, and she advised me strongly to remove all references to the “controversial” former prime minister.

Such requests to remove her transformational tale are indeed frustrating to me, since Mrs Thatcher is a uniquely good case study in profound influence. So, because of the controversy she can elicit, I always feel the need to be clear about my motivation for talking or writing about her. My interest in Britain’s “Iron Lady” is not based on her views or policies, but rather on the extraordinary use of storytelling we observe in her personal and public discourse.

In my view, no matter what our political views may be, we can all admire this remarkable woman’s ability to lead, and particularly her effective use of personal stories of identity to move her constituents. More than any other leader I have studied, Mrs Thatcher transformed a nation by presenting herself as a change agent whose personal values mirrored precisely the principles necessary for putting a “lost” Britain back on course.

If we take a historical perspective, we readily realize the depth of Margaret Thatcher’s impact on the direction of her country. When she first ran for prime minister in 1979, the dominant view inside Britain was that the national interest was best served by a moderate form of socialism, strong trade unions to protect the nation’s jobs and industrial backbone, minimal international involvement, and government intervention to regulate markets.

As she had done throughout her career in public life, Thatcher centered her campaign around a straightforward and clear narrative, one that every citizen could grasp: Britain had lost its way, and it needed a radical change of course. In short, the socialist way was simply wrong. The right path was a return to freer markets, individual initiative, self-reliance, and the rebuilding of a sense of national pride.

The narrative she forged and articulated so brilliantly was all the more effective because she used her personal experience to demonstrate precisely what she meant. Indeed, Thatcher’s acceptance speech on the night of her 1979 electoral triumph shows that she was entirely conscious of the role her personal stories played. Having convinced the British to vote for a change of direction in government, she emphasized the connection between her own journey and her story for a new Britain: “The passionately interesting thing to me is that the things I learned in a small town, in a very modest home, are just the things I believe have won the election.”

This daughter of middle class shopkeepers from a small English town came to believe —initiative, self-reliance, and basic human decency—were just the remedies for what ailed her nation in the 1980s. This link between her personal story and a clear-cut vision for Britain’s future made her speeches all the more powerful and persuasive.

Next time, we will take a closer look at how she thoroughly embodied the tales she told, and how she was able to use historical symbols to strengthen her discourse. I will also make the case that President Biden could benefit from studying the Iron Lady’s approach, and from using parts of it himself.