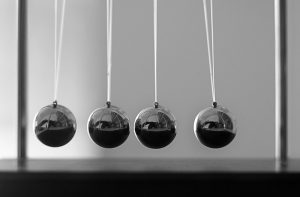 Continuing on the theme of last time, I have often wondered if leaders today can still learn from the discourse of transformational public figures of earlier eras.

This is not an easy question to answer. On the one hand, many have argued that the communication challenges for world leaders in 2021 are far more complex and thorny than in years past. They point specifically to the role of the internet and social media in fomenting polarization, fragmentation, and even hatred among the various parts of the electorate.

On the other hand, though, I would contend that at least some of the lessons of outstanding communicators remain timeless, regardless of when these inspirational people lived. And, I do in fact see some ways that the current US president could benefit greatly from studying the examples of legendary leaders such as Lady Thatcher and General De Gaulle.

As we discussed in the previous two entries, both of these remarkable leaders moved others by taking latent stories and symbols—tales of lost greatness from times past—and bringing them back into focus. In addition, if we study their speechmaking closely, we see that it is the melding of three distinct elements that made them so persuasive. Both De Gaulle and Thatcher moved people to change by:

—reviving a dormant national narrative, a collective story of identity that has been somewhat lost in modern times

—referring to historical symbols that support the broader narrative

Could a president do something along these lines in 2021, using similar approaches? Let’s consider the three elements above and attempt to apply them to Joe Biden, using Margaret Thatcher as our template.

As I attempt to build my scenario for President Biden, I should begin with a caveat. In fact, I know relatively little about his life story, compared to what I know of Mrs Thatcher, a woman whose career I have studied in considerable detail. Nonetheless, what I have gleaned about the president’s past—mostly during the campaign and his initial months in office—leaves me confident that I can at least sketch out some ideas that could work for him.

Mr Biden should first strive to find a usable American story of identity from the past, one that a majority of people can understand and even wish to return to. Margaret Thatcher convinced the British electorate that they should bring back some of the “lost” elements of their traditional national character: initiative, self-reliance, collective responsibility and human decency. In the case of Joe Biden, a man who proclaims his desire to unify the nation with bipartisan policies, could he not use a narrative that speaks to that idea?

For example, he might state openly that the current atmosphere of polarization, fragmentation, and even hostility does not correspond to what America has always aspired to be as a nation. In that vein, he could say something like this: “We have always been a people capable of engaging in healthy debate and disagreement. Throughout our history and until very recently, we have been able to hold dissimilar views and respect each other, without the deep animosity I see today. We have always been able to come together to confront our challenges, despite our philosophical or political differences. With your help, this is a lost quality that I would like to find our way back to.”

This sort of national identity story has several advantages. First, it speaks to one of his core beliefs. In fact, I recently heard him say in an interview that he was convinced that 70 to 80 percent of both Democrats and Republicans held viewpoints that are centrist, neither far left nor far right. He added that most voters are tired of hostile rhetoric and hatred, the vitriol that comes from the fringes of both parties these days.

Second, this broad national narrative fits well with personal stories that Mr Biden can tell. Just as De Gaulle and Thatcher had tales from their past that they used to inspire others, so does President Biden. In the next entry, I will suggest some anecdotes he can lean on to accomplish this.

Also in the next post, we will look at my third reason for believing that this sort of narrative can work for Joe Biden: American history is indeed replete with symbols that support his arguments.

In fact, I firmly believe that Mr Biden should be taking advantage of the opportunity to use his own stories of identity—along with some shining illustrations from presidents past—to move his agenda of bipartisanship forward.