A veritable story of identity from the incoming president!

A veritable story of identity from the incoming president!

A veritable story of identity from the incoming president!
Posted on December 14, 2020 in Leadership, Storytelling and Politics 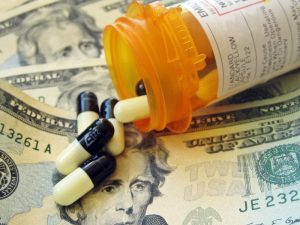 Last time, I stated that I had not seen any true examples of “leading by autobiography” on the part of Joe Biden. While the president-elect did tell some personal anecdotes in the closing weeks of the campaign, I did not observe any attempt to use such tales as instruments for explaining the origins of his core values and beliefs.

Then, to my astonishment, Mr Biden employed personal reflection and storytelling in a far deeper manner during his first formal interview with the news media after the election. One tale from his youth, in particular, struck me as timely, appropriate, and genuinely convincing for expressing a central element of his worldview.

The venue for this initial question and answer session with the mainstream media was an episode of NBC Nightly News. In his exchanges with host Lester Holt, Biden went beyond his bland campaign rhetoric and platitudes, even speaking at times with apparent emotion.

The answer that most took me by surprise was with respect to a question about how he plans to help average Americans as the nation navigates its path through the corona virus pandemic.  He spoke with sincere conviction about why he felt strongly that government should be providing “the kind of help to keep people afloat”. Such aid, he said, should come not only in the form of direct subsidies to those in need, but also with a program of affordable health insurance for every citizen.

To emphasize his point about health coverage, the incoming president told a compelling story from his childhood. As he related: “I remember… (sigh) I remember my dad being restless, and I remember one night feeling… I could hear my dad; you could just hear the bed moving. So, the next day I said, ‘Mom, what’s wrong with Dad?’ She said, ‘Honey, he’s worried. We just lost our… he’s moved jobs and he lost his health insurance. He doesn’t know what to do.’

“Think of all the people, all the people who are laying awake at night staring at the ceiling thinking God forbid, what happens? We have to act! We have to act, to guarantee them they have access to affordable health insurance…It’s a crisis that is causing real mental stress for millions of people, millions of people. And, it is in our power to solve it, and to grow the economy at the same time.”

Why is this anecdote from Mr Biden’s past such an edifying example of leading by autobiography? In fact, it is a fine illustration of a number of concepts I have used for many years, both in my teaching of leadership and my coaching of individuals. Below are three that struck me immediately.

First, it is a story that demonstrates this key point: everybody has a usable past. Mr Biden’s personal tale is a simple childhood memory. He does not tell of an extraordinary event unique to him, but rather of an occurrence that a wide variety of individuals can relate to.

Second, we have a clear example of an individual who has processed and used an element of his life experience, and he has integrated that reflection into his worldview. In my view, this is how the most effective leaders communicate. They use anecdotes that afford listeners a glimpse of what they believe, of a basic principle they are committed to.

And third, as the best public figures do, Biden fits his story squarely into the context of the question. Not only does he use a personal tale with considerable impact, he connects it with a crucial element of his vision for the future of America. In this case, the president-elect elicits a dramatic moment from his childhood to explain his position on universal health care.

Next time, I will provide a brief discussion of why personal storytelling is such an effective vehicle for accomplishing any individual’s communication goals, one that the future president might use to great advantage.