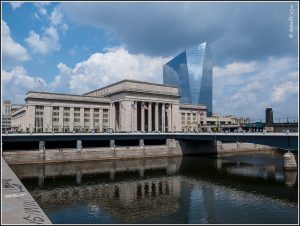 When I sat down to write the last post, it occurred to me that two of the primary themes of the new president’s early days in office align nicely with the type of speechmaking I have been prescribing for him.

As usual, when I discuss anything related to politics, I like to state clearly that I am not an expert in this field. In fact, I do not follow US political news in a systematic way, and I have not seen many of the president’s speeches. As I wrote above, though, there are two particular issues that I have heard him address on a number of occasions, and I have observed the nature of the discourse he has used.

Why have I chosen to watch closely when I come across the US president speaking on two topics in particular? As we will see further on, they are two areas where I believe I could help him improve his approach, and perhaps even connect with a wider audience.

The first item of interest to me is Mr Biden’s most ambitious legislative initiative thus far—a massive plan to upgrade the nation’s infrastructure. Related to that project is the other of the president’s themes that I find intriguing—his desire to succeed with Congress by mobilizing both Democrats and Republicans. As I have heard him state several times already, he wishes to govern in inclusive and bipartisan ways, in spite of the unprecedented  levels of animosity between the two major political parties.

It does indeed strike me that both of these high priority issues—infrastructure and bipartisanship—provide opportunities for Mr Biden to express himself in ways similar to those of Margaret Thatcher. Just as the Iron Lady did, Joe Biden can use personal story and historical symbol to help him reach, and even inspire, his constituents.

Years ago, when I was researching the underlying reasons that Mrs Thatcher’s discourse was so compelling, I found that her speeches often shared three fundamental characteristics. As I have written in previous posts, she:

—frequently told stories of identity that express some aspect of the values and principles she espouses for the nation,

—invoked historical symbols that had meaning for every British person,

—and used personal anecdotes which demonstrate that she embodies the identity stories she tells.

This model would not be difficult for the US president to follow. In fact, on the small number of occasions where I have listened to him speak for more than a quick soundbite on the news, I usually have the sense that he has missed an opportunity to use it.

For example, I watched a part of his short speech at 30th Street Station in Philadelphia when he was first proposing his massive infrastructure project. While I applaud his use of this iconic venue as a historical symbol, I felt that he failed to exploit the moment and the context to their full advantage.

Rather than the bland words he spoke, Mr Biden could have made the sort of connections we might have heard from Margaret Thatcher in her prime. Standing in the center of this renowned reminder of a prestigious past, I would have pictured him saying something along these lines:

“My fellow citizens, I am here in this classic railway station today because it was built at a time when the United States of America could take pride in being the world leader in transportation infrastructure. Today, our network of railways, roads and bridges is not what it once was. It desperately needs our attention, and our investment. And, this is a critical issue to me on a personal level. As many of you know, I commuted  by rail every day when I was in the Senate, and I saw firsthand the necessity for smooth and effective means of transportation. Back then, my colleagues called me Amtrak Joe, a name I take pride in to this day. Well, Amtrak Joe is here now to ask you to join me in putting our infrastructure back on track.”

This approach—using a personal anecdote alongside a famous American symbol, in a way that shows he embodies his story for the nation—would make Mr Biden’s discourse far more compelling.

So, to me this was clearly a squandered opportunity. Joe Biden could have made simple links between the nation’s need for improved infrastructure, the historical symbol of the place where he stood, and his own life story.

On another occasion, I thought he was speaking from the perfect location to make his case for unity and bipartisanship. We will take a look at that one next time.