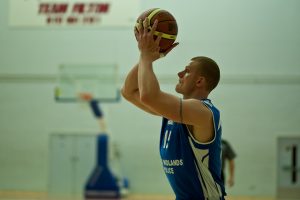 Many years ago, when I was a high school basketball coach, I taught at a summer camp where legendary coach Bobby Knight was invited to speak.

At that time, Knight was truly an icon in the trade. One of his teams at Indiana University had recently won the national collegiate championship, the pinnacle of his profession. He was known as a strict disciplinarian, a fiery presence on the sidelines, and an outspoken critic of the press. As such, his career was at times laden with controversy. However, few ever doubted his passion, his strategic acumen, or his relentless quest for perfection.

At our camp, Knight was a truly entertaining and inspirational speaker. When I think of his speech that afternoon, though, most of all I remember one assertion he made.

Among the notions that had become something of a buzzword among high school and collegiate coaches back then was inspiring the “will to win” in one’s players. But Knight had a rather different take on the idea. “The key is not the will to win”, he told us. “Everybody has that. It is the will to prepare to win that makes a great player or a great team.”

It is a quote that I have seen attributed to him in various versions, a concept for which he would later become famous. On the day he spoke to us, he went on for a few minutes, amplifying this notion, and leaving no doubt about his message. On a game day at any major university, under the bright lights and in front of the big crowds, he explained, it is easy to have the desire to perform, and to help your team win.

What is more difficult, and what is the mark of an extraordinary athlete, is generating, day after day, the desire to prepare. Outstanding players are made in the quiet moments away from the crowds and the noise. Great teams recognize that they must perform not only on game days. They accept the tireless daily work that generates championships. The extraordinary way they play is a direct result of the extraordinary way they practice.

That was Coach Knight’s central message. To convey it, he told a series of stories from his experience with top university athletes.

These young people had far more than just basketball in their lives and on their minds: their classes, relationships, roommates and girlfriends, or simply managing busy schedules and fatigue. But, even on the afternoons when they may have been distracted by other things, or when they were not in top physical form, the best ones “always found a way” to concentrate on their daily preparation. They were able to focus on practicing the skills and drills that would allow them to excel in the arena on game days.

At Indiana, Bob Knight told us, practice days were usually more demanding, less interesting, and more tedious than the glamorous nights in front of the screaming fans. Finding the desire to stretch one’s limits in the quiet moments in the gym…that was indeed another matter, and it was for him the crucial question.

In my sports coaching days, Knight’s words became something of a theme that would guide our practice sessions. We spoke often about the difference between the will to win and the will to prepare. At that time, I never imagined that the “will to prepare” concept would ever apply to anything in my life beyond my work with these teams of teenagers.

More recently, though, I have come to see this as a notion with direct relevance to my work with CEOs, entrepreneurs, and all types of clients. Bob Knight said that nearly all players have the will to win, but that many of them did not have a sufficient understanding of the importance of preparing every day.

In a similar vein, I would say that the clients I coach all have the desire to make the “winning” speech, the one that inspires others. They would all like to be able to write that “winning” memo, the one that convinces the doubters around them, and moves them to action.

In essence, most of the people I work with do have the will to win. What they often do not have is an adequate respect for the amount of preparation these efforts entail.