How to Lose Gracefully: A Leadership Lesson from the Super Bowl 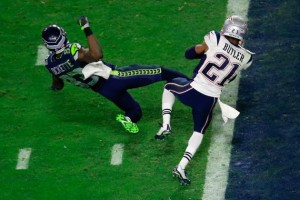 This week finds me doing two things I never thought I would do. First, I watched an entire Super Bowl from my home in Switzerland. Now, that may not seem so extraordinary, other than for the fact that it was my second day back in Europe, where the game begins well after midnight, and the coverage ends around 5 am.

In large part because of the snowstorm that kept me marooned in Boston for a few days last week (see my previous post for that story), I was well in tune with all the Super Bowl hype, and I decided to experience the game “live”, even if that meant sacrificing a good night’s sleep for my already jet-lagged body. And, if it had been any team other than my “local” New England Patriots, or if the game had not been close the entire way, I probably would not have made it all the way to the end.

The second thing I never suspected I would do is write a second consecutive entry about American football on this blog. In fact, I thought my football blogging career was finished after last week’s post. In the end, though, this Super Bowl was one of the most fascinating sporting events I have experienced, and one that stimulated some interesting reflection.

So, again this week, I find myself beginning by emphasizing that I am certainly no expert analyst of the game of American football.

Nevertheless, and since I look for leadership and management lessons everywhere, perhaps it does make sense to me to speak to some of my observations and impressions from watching this Super Bowl game and the ensuing commentary.

As I mentioned above, the game itself was so interesting that it kept my attention the entire time. It ended on a much debated play that saw the Seattle Seahawks trailing the Patriots by 4 points. They needed only to score a touchdown from one yard away in order to take the lead with less than 20 seconds remaining on the game clock.

Without going into too much detail, and without boring those of you who have little interest in the complex and highly strategic game that is American football, the basic situation was as follows. Since the Seahawks have the best runner in the league, nearly everyone expected them to attempt a power run for the goal line. Instead, they chose the element of surprise and decided to pass the ball. When this pass was intercepted on the goal line by New England, various commentators called the choice of the pass play “the worst decision in Super Bowl history”.

In any case, I am certainly not qualified to evaluate Seattle’s decision to attempt the pass. So, rather than talk about American football strategy, here are three quick reflections from having watched this match and observed the behavior of the players and coaches.

First, leadership does indeed matter. Simply listening to the players talk about their coaches and quarterbacks (the on-field leaders who direct each team’s offensive efforts) made it clear to me that both of these teams were inspired by those in charge. Nearly every individual interviewed made a point of the pride he felt to be a part of his organization, a pride that came in large part from the privilege of playing with remarkable mentors and field generals. One could sense their desire to perform well for leaders they admired and respected.

A second lesson, clearly related to the one above, is that great groups think culture before strategy. Both of these teams are collections of individuals that share certain characteristics: hard work and attention to detail, a deeper purpose that involves caring for each other and doing something meaningful together. On both sides, I was impressed to listen to players who spoke less about game strategy or a plan for winning; it was more about playing with energy and passion, believing in themselves and their teammates, and trusting the quality of their collective preparation.

My third and final observation brings to mind the concept of the window and the mirror that Jim Collins cites in his 2001 best-selling book Good to Great. According to Collins, the leaders of great organizations look out the window toward their team members when things go well, and in the mirror at themselves when things go badly. In other words, they give credit to others for their teams’ collective success. Or, they may attribute positive outcomes to good luck, rather than cite their own technical skill or management prowess. And, they take personal responsibility and shoulder the blame for failures, whether or not it was truly their fault.

I gained a great deal of respect for Coach Pete Carroll of the Seahawks who, in his post-game remarks following the most devastating of defeats, took full responsibility for the decision that several commentators had termed the worst in history. Rather than blame players or bad luck or assistant coaches or his offensive coordinator, Carroll stood up at the post-game press conference said that the unfortunate decision was his own, even calling the Seahawk’s defeat his fault. To me, this is exceedingly difficult to do in moments of exceptional disappointment, and Coach Carroll showed his class and character by maintaining this attitude.