How IKEA influenced the shopping experience 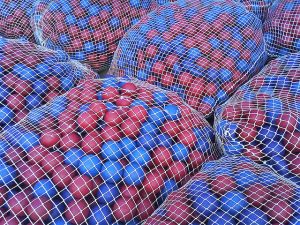 Near the end of the previous post, we touched on the significant role IKEA played in the democratization of retail shopping.

Nowadays, it would be easy to lose sight of what a remarkable achievement this was in the furniture business, which has long been extremely traditional and resistant to change. In fact, when considering IKEA’s impact on the entire industry and its ways of doing business, the British design magazine Icon called IKEA “the most influential force in contemporary design”.

My own recent reflection on IKEA’s influence on this industry reminded me of two quite remarkable aspects of the company’s history. The first is how radically innovative Ingvar Kamprad and IKEA were in transforming the customer and store experience.

The second element of IKEA’s story I thought about this week is how they have succeeded in creating a passionate following among their customers, even finding ways to bring them in to the group’s exceptional culture. The type of consumer passion this company has generated is something I have rarely encountered in my years of observing and researching retail organizations.

On the first point—IKEA’s remarkable record of innovation—it began, of course, with Ingvar Kamprad himself. In the early years, the founder stuck stubbornly to his vision, insisting that people will buy more furniture if three conditions are met: (1) the price is low enough; (2) the products are solid and of reasonably good quality; and (3) there are no delivery delays. This straightforward strategy—coupled with Kamprad’s typical Smalandian persistence—would revolutionize the traditional ways of furniture purchasing across Europe, and then in other parts of the world as well.

In the 1950s and 60s, Kamprad and his team anticipated the rise of consumerism, and IKEA invented many of the practices that have become so widespread today. Examples include self-service shopping, cash-and-carry convenience, and volume buying from multiple suppliers to reduce prices for consumers.

Ingvar Kamprad conceived and implemented, for the first time, the idea that furniture could be mass produced for home assembly. A second significant invention was the concept of “knock-down furniture”, which can be shipped and stored in flat boxes. By so doing, IKEA eliminated the cost of shipping from the factory to the retail outlet, significantly reduced transport damage, and offloaded some of the costs of assembly to the client.

When the first IKEA store opened in Älmhult in 1958, many were skeptical at the idea of opening a large furniture store in a small village in the deep forests of Småland. As it turned out, though, people were quite willing to travel long distances to visit the store and buy attractive furniture at low prices.

In fact, all of the early stores were phenomenal successes. The company quickly became known for massive, open and friendly retail spaces, and for the very low prices. Customers, who were able for the first time to touch and feel the furniture before ordering, were drawn in by the IKEA concept.

These initial clients tended to be rugged individuals who enjoyed the freedom that came from crafting things for themselves, and from the feeling that they could afford to take charge of their lives. As such, they happily participated in the quest to lower costs. In the end, they added significant value to the system, by handling all of the transportation and much of the assembly of the purchased items.

IKEA would also break new ground with the ways they would bring shoppers into the culture, making them not only participants in the process but also a part of the mindset. As the years progressed, they turned shopping into a family event by filling their attractive open-store environments with what would quickly become IKEA trademarks and symbols. Examples include the children’s play areas with their iconic blue and yellow plastic balls, or the buffet-style restaurants with typical Swedish food, including the wildly popular meatballs.

Over time, IKEA would not only change the shopping experience for large numbers of people, they would create a passionate following. In the coming weeks, we’ll take a closer look at the corporate culture that was embraced so fanatically, both by shoppers and by employees.