Democratizing shopping for the “many” people 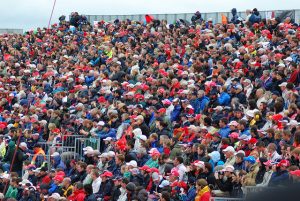 Our previous post closed with a brief discussion of Ingvar Kamprad’s leadership by example, how he both molded and modeled IKEA’s unique corporate culture. Judging by the interviews with employees that I have read or seen, it would be reasonable to believe that the founder’s personal behavior may have shaped and maintained “The IKEA Way” more than any other single factor.

In addition, in the past few posts we have noted that this remarkable entrepreneur never lost his focus. Kamprad’s leadership by example continued all through his life of 91 years—even after seven decades in the business, and long after his having amassed a personal fortune which made him one of the world’s wealthiest individuals.

Above all—beyond his embodiment of the mindset of constant improvement, attention to detail, innovation from within, and frugality—IKEA people say that their iconic founder was “always on the side of the consumer”. Indeed, one consistent element of the posthumous praise Kamprad garnered in the worldwide press were quotes about his unwavering customer orientation.

Among the most relevant tributes I read came from Torbjörn Lööf, the long-serving president and chief executive of Inter IKEA Group, the furniture giant’s parent company. Lööf’s statement read: “We are deeply saddened by Ingvar’s passing. We will remember his dedication and commitment to always side with the many people. To never give up, always try to become better and lead by example.”

What struck me particularly in Mr Lööf’s declaration was the use of the word “many”, in the expression “with the many people”. It is wording I have seen before, in various IKEA’s corporate communications. As far as I can recall, I have never seen this specific phrase used by other companies or individuals.

Ingvar Kamprad himself used these specific words often. Still today, IKEA people make reference to their founder’s booklet, “The Testament of a Furniture Dealer”, which was published in 1976. The opening lines are: “We have decided once and for all to side with the many people. What is good for our customer is also, in the long run, good for us. This is an objective that carries obligations.”

As I have previously written, IKEA is among the companies I have followed most closely throughout my career, for both research and teaching. Consequently, I have come across press releases such as the following one, announcing the appointment of the new CEO on April 24, 2009: “Mikael Ohlsson has strong implementation skills and is a great ambassador of the IKEA Culture. He is well suited to continue the change process [begun by his predecessor]…These changes will allow us to offer to the many people an even better IKEA range of well designed, functional home furnishing products at even lower prices and better quality.”

This may seem a small distinction, but I feel it is nonetheless an intriguing one. IKEA speaks of working to serve the “many” people, because their goal is not only to offer products, but also to make them accessible to a large segment of mankind. In fact, the company has never wavered from Mr Kamprad’s original statement of mission, which remains at the heart of the group’s philosophy: “to offer a wide range of home furnishing items of good design and function, at prices so low that a majority of people can afford to buy them.”

In my 2011 book, The New Marketing: Email, social media, and the art of storytelling, I wrote that “great brands transcend the boundaries of a narrow product category and become protagonists for a larger cause.” In IKEA’s case, the larger cause has always been the democratization of shopping for one’s home furnishings.

IKEA has in fact changed the shopping experience for vast numbers of people, by spreading their underlying message: Individuals can take charge of their lives; the many people can craft new things at prices they can afford.

This is surely one of the major elements of Ingvar Kamprad’s legacy, that he was indeed a driving force behind the democratization of shopping. As we have discussed in previous posts, one has the sense that it was never about making money for Kamprad. Far more vital to him was his role in innovating to improve the lives of the “many” people.

Tags:IKEA, ingvar kamprad, Leading by autobiography, The New Marketing; social media email and the art of the storytelling, Torbjörn Lööf
Share this article: