The source of IKEA’s resourcefulness 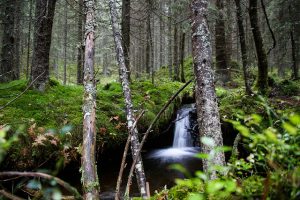 Since the company’s beginnings, IKEA and its founder have been characterized by a strong sense of identity that comes from the region of Småland—a harsh, rugged, punishing region that is largely agricultural. As we saw in the previous post, one of the defining traits of the Smalandians is their extraordinary thriftiness, an ability to go through life with limited resources.

Company insiders have long identified Småland as the source of other IKEA values and characteristics as well. One such insider is Mikael Ohlsson, who must be considered someone with a deep understanding and appreciation of the company’s extraordinary culture. Ohlsson worked at IKEA for more than 34 years, beginning as an intern during his student years. He then rose through the ranks to become President and Chief Executive, serving in this capacity from 2009 to 2013.

As the former CEO stated in numerous interviews during his tenure, he is thoroughly convinced that any understanding of the IKEA culture, values, or ways of doing business must begin with its geography and history. Ohlsson believes that IKEA’s legendary craftiness, adaptability, and sense for innovation have their roots in the company’s home town of Almhult.

It is both significant and symbolic that the key sources of the company’s innovativeness have never moved from this tiny community. It is in Almhult, nestled in the harsh terrain of Småland, that IKEA’s designers, product developers, and materials technicians continue to create the company’s 2,000 new products each year.

According to Ohlsson, the hearty residents who chose to stay in this rough southern Swedish region when others moved away became even tougher and more resolute as the years progressed. As he expressed it in a 2011 interview: “The people here who didn’t emigrate to the U.S. in the 19th century, but stayed in these rocky woods, became very stubborn and incredibly cost-conscious. One might even say stingy. And ingenious. That characterizes a lot of companies in this region. And that frugality is etched into our company. To make do with less.”

As one might expect, the former CEO speaks of frugality as the central tenet of IKEA’s identity. At the same time, he emphasizes that their spartan manner is only a part of the story. It is thriftiness coupled with hard work and stubbornness—and with a dose of ingenuity and a flair for innovation—that have made IKEA’s culture so unique and powerful.

One might also observe that IKEA’s products themselves actually reflect the Smalandian character. They are ingenious, rugged, craftily designed with attention to detail, and constructed without wasting resources. As such, the company’s products play a role in the corporate narrative of identity; their properties are similar to those of the inhabitants of their region of origin.

In addition, the founder’s personal behavior shaped the culture all throughout his life. As The Guardian so aptly wrote, you simply could not take Småland out of this farmer’s son. Indeed, perhaps the most impressive aspect of Ingmar Kamprad’s leadership was the extent to which he embodied the stories of identity that he and his company told.

Kamprad became well known for the ethics of hard work, frugality, and ingenuity that he instilled in his employees. Under his leadership, IKEA built and maintained its distinctive corporate culture, with an emphasis on staff training, on understanding design, and on staying close to consumers and their local communities.

It is indeed impressive that Ingvar Kamprad never lost his focus and intensity. His leadership persona never changed, even after he had amassed a personal fortune estimated at more than $58 billion (by the Bloomberg Billionaires Index in 2015).

Why did Mr Kamprad himself never change his ways? I recall once hearing his answer in an interview, some time around 2010.  While I did not record his precise words, the gist of his statement was this: “Why are we obsessed with detail, adamant about price, always striving to do it better and cheaper? It is the only way we know how to be.”

In other words, Why would we ever think about changing? We do things this way because of who we are and where we come from.