We do not inspire others by standing against things 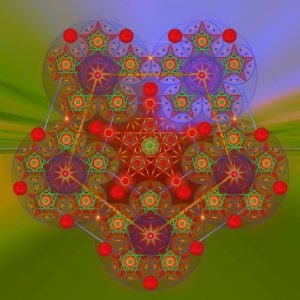 As I watched news coverage after the recent US presidential election and tried to understand what had happened, my thinking coalesced around three broad reasons for Hillary Clinton’s unforeseen demise:

-Instead of inspiring with her own story and vision, she chose a strategy of standing against Donald Trump

-She truly lost touch with mainstream America, including in areas of traditional strength for Democrats

In the weeks to come, I plan to touch on each of these concepts, and to discuss how they are all related to each other. I begin here with notion that she stood more against Trump than for herself and her own vision.

Two weeks ago, I wrote about John Kerry’s campaign against the incumbent President George Bush in 2004. In summary, I thought Kerry’s greatest error was that his campaign focused so much on criticizing his opponent that he failed to express his personal views in ways that inspired voters.

Kerry spent considerable time, energy, and advertising resources making his case against President Bush, emphasizing all the mistakes the current administration was guilty of. In my opinion, so much focus on an opponent often comes at the expense of lending depth to one’s own story. Kerry failed to win over enough voters, in large part because they could not feel who he was, or exactly what he stood for.

This year, Hillary Clinton fell into the same trap, and she very well may have lost the election for similar reasons. In the months prior to the final vote, we saw her again and again trying to frame the debate in terms of her opponent’s character flaws. While concentrating so much attention on the deficiencies of her Donald Trump, she failed to give a clear definition of who she is and what she stands for.

Instead of playing up her own vision, Clinton focused on portraying the horrific prospect of a Trump presidency. This was true both in her public discourse and her spending on advertising. According to the Financial Times, roughly three-quarters of her television ads warned of Trump’s character flaws, particularly his attacks on racial and ethnic minorities, on the disabled, and most of all on women.

One of the few in-depth interviews I saw on live television with Clinton in the months prior to the election was on NBC’s Meet the Press in late May. During the questioning, I sat there thinking that she was missing numerous opportunities to tell her story and express her vision. Though she was not even officially the nominee of her party at that time, she chose to emphasize the negatives around her future opponent, Donald Trump, warning of the potential risks of his presidency.

When moderator Chuck Todd asked Mrs Clinton about what she planned to do in the two months leading up to the Democratic National Convention, she spoke little about communicating a positive vision for America. Rather, she began to sketch out her strategy for the general election: to attack the Republican candidate’s lack of suitability for the job: “I want to spend a lot of my time, as you’ve seen me do, really taking on Trump, because I find what he says, the kind of candidacy that he’s presenting, to pose a danger to our country.”

At this point, I should state once again that my goal in commenting on all this is certainly not to take sides in a political debate, something I rarely do publicly. In fact, if truth be told, I was not a big fan of either candidate this time around, and I have no particular allegiance to either one. On the other hand, I was rooting for each of them to lead by autobiography. In other words, I wanted them to use tales from their life experience to give listeners a clear sense of who they are and what they stand for.

As such, I was usually disappointed by Clinton’s public statements and debate performances, since I rarely found powerful expressions of her core beliefs and values, or specific ideas of how she sees the future of her nation.

Next time, I will go into more detail about the deficiencies I observed in Hillary Clinton’s discourse. And, I’ll tell, from my perspective at least, what she could have done better.