What went so wrong for Hillary? 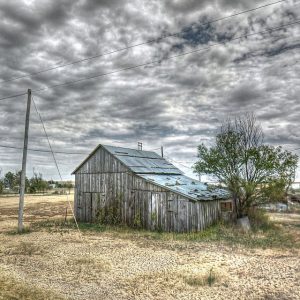 After Donald Trump’s highly improbable journey toward the presidency of the United States, the media provided a multitude of explanations, not only for the unconventional billionaire’s victory, but also for Hillary Clinton’s surprising and widely unforeseen collapse.

As I have written previously, I followed this story with far more attention than I usually give to politics. Indeed, the days after the election were probably the only time in my life that I have been so caught up in post-event analysis of any political matter. During the subsequent weeks, I found entertaining commentary almost daily in my customary sources, including The Financial Times, The New York Times, The New Yorker, and CNN International.

Just why did I find it all so absorbing? Of course, one reason is simply that I have rarely been so surprised by an incident in world news. In the eight weeks preceding the vote, I had visited the US twice. All the reporting I remember seeing seemed to declare the race essentially over. As such, it was truly fascinating to observe the television commentary on Trump’s victory, since every prediction had turned out to be so wrong.

On Election Day, I went to sleep at midnight Central European Time, which is 6 pm on the East Coast of the United States. I had just seen CNN’s virtual electoral map, with commentary explaining that Trump had no viable path to victory. The Huffington Post had opined that Clinton’s victory would be “substantial but not overwhelming”, confidently telling its readers “she’s got this.” The New York Times was asserting that Hillary Clinton was now an 84 percent favorite to win the presidency.

When I awoke to the news of president-elect Donald Trump, my initial disbelief turned quickly to wonder: In our age of big data, highly sophisticated modeling and analysis, and non-stop news with “expert” commentary, how would the media even begin to explain this result, let alone their own lack of insight about the outcome?

In addition, I was struck by the way stories in the press and on television can change so quickly and dramatically. In the weeks prior to the election, much of the mainstream media had anointed Hillary Clinton, calling her “the most qualified candidate in history”. Nearly every major news outlet reported that her historic electoral triumph was a virtual certainty. Shortly after the voting, the same sources were calling her candidacy “flawed”, some even saying that any reasonable Democrat other than Clinton would have defeated Donald Trump.

In any case, my plan this week was to provide some of my own amateur views on why Clinton lost. Then, I was distracted the other day by a Financial Times interview with a scholar whose work I have followed for the past few years, Nobel prize economist Angus Deaton. Coincidentally, what began as a diversion from my writing turned out to have a direct relationship to the topic of this post.

One of the explanations we hear now for Hillary Clinton’s demise was her campaign’s failure to gauge the level of distress in Middle America, most particularly among the working classes. If there is anyone in the world who understands the despair of the American heartland, it is Angus Deaton.

A few weeks after winning the Nobel Prize in Economics in 2015, Deaton and Anne Case, another Princeton economist and also his wife, published a paper that may lend some insight into Trump’s unforeseen win. Their study revealed an alarming surge in suicides and “deaths of despair” among high school-educated white men. Surprisingly, middle-aged whites had become the only demographic group in America to experience rising rates of mortality in recent decades.

When the FT article cited the research by these two esteemed economists, it caused me to think that perhaps Clinton and her team had badly underestimated the importance of Middle America’s distress. Her failure to connect with these people may well have been a decisive factor in the election.

A personal remark by Deaton during the interview also struck me as significant. He was scathing about the Clintons, and Hillary in particular, for their links to a broken establishment. “One of the great benefits of the election to me”, he said, “is that I don’t have to pretend that I like her.” At the same time, he confessed to the interviewer that he had reluctantly voted for her.

Of course, Deaton’s remark is that of only one individual. On the other hand, his words reflect a sentiment I heard over and over during my recent time in the United States. Many people with whom I spoke, admittedly a small and biased sample, were simply fed up with politics, on both sides. In the end, those who voted were forced to choose a candidate they did not really like.

Next time, I will address a bit more of my own analysis of Hillary Clinton’s fall.