The president as master storyteller

The president as master storyteller

The president as master storyteller
Posted on December 1, 2016 in Storytelling 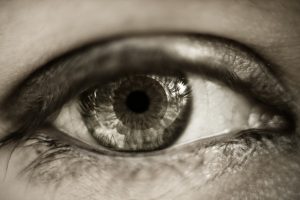 At the end of the previous post, I cited Barack Obama as an example of a public official who used his autobiographical stories to inspire his constituents. This week, I propose to look at this notion in some more detail.

As always when I approach issues that may appear partisan, I like to be clear that my intent is not to take sides or do political commentary. When I say that I see Obama as a masterful storyteller, my intent is to analyze his discourse, and not to express an opinion about the man, his policies, or his overall effectiveness as a leader. That said, one cannot help but appreciate Obama’s use of personal storytelling to connect with his audiences and to bring his points across.

In 2008, Obama won the presidency of the United States in large part by creating emotional connections with the electorate. Fundamental to that connection was what I call a “future story”, in this case one of inclusion and hope, encapsulated in the now famous “Yes We Can!” refrain that pervaded the candidate’s speeches.

But Obama’s relationship with his supporters was based on far more than a catchy slogan. An equally important part of his success at enthralling audiences was his skillful use of his own personal stories of identity. For example, when he spoke of why health care reform was needed and how it should be done, the candidate did not restrict himself to fact and logic. He reached people on an emotional level by explaining “what I learned when my mother was dying of cancer”.

He often told of his mother’s battle to get her care covered by insurance at a reasonable cost, as the insurers tried to refuse the claims, on the grounds that her malady was a “pre-existing condition”. And, he told of his own discussions with care providers over treatment that should be a “right for all Americans”. By putting the need for health care reform in the context of his personal struggle with “the system”, he was able to connect with audiences on a deeply emotional level.

The crucial role of personal storytelling in Barack Obama’s career: Today, few people remember just how rapid and dramatic Obama’s rise to power was. In 2004, he was  a little-known state senator from Illinois. Surprisingly, he was chosen by John Kerry’s presidential campaign to deliver the keynote speech at the Democratic National Convention, on July 27th in historic Boston, Massachusetts.

The young state senator with almost no experience on the national stage knew just what to do to inspire his audience. He told his own story. He spoke of his eclectic origins, a family history that made his presence on the stage “pretty unlikely”. He told of his father, the son of a domestic servant in British Kenya, who spent his childhood herding goats in a small village, while attending school in a tin-roofed shack. His maternal grandfather was a white farmer from Kansas—half a world away from Kenya—who fought in the American army and got his education through the GI Bill.

Obama then put his own story into the larger context of the United States of America, making it at the same time profoundly personal and infused with broader significance. “My parents,” he explained, “shared an abiding faith in the possibilities of this nation. They would give me an African name…believing that in a tolerant America, your name is no barrier to success. They imagined me going to the best schools in the land, even though they weren’t rich, because in a generous America you don’t have to be rich to achieve your potential.”

With the crowd firmly on his side, he went on to conclude: “I stand here knowing that my story is part of the larger American story, that I owe a debt to all of those who came before me, and that in no other country on Earth is my story even possible.”

Throughout his career, Barack Obama understood that a good personal story trumps rational argument. When others debated with logic and statistics, Obama would often counter with a story from his life, one that would demonstrate not only his understanding of the issue, but also his ability to place it in the broader context of his nation.

In our next post, we’ll take a quick look at why Hillary Clinton failed to do in the 2016 campaign what Obama did in 2008.