Storytelling in political campaigns
Posted on November 26, 2016 in Leadership, Leadership in the news, Storytelling 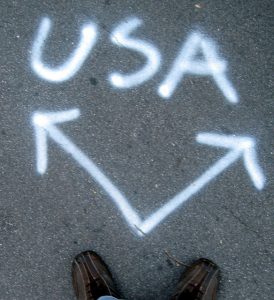 This week, I have continued to watch analysis of Donald Trump’s stunning and unexpected victory over Hillary Clinton. It is interesting to hear so many political “experts” explain why the news media and the polls got it so wrong, since virtually none of them had given Trump even the slightest  chance of winning. In addition, I am following a growing controversy involving social media, in particular Facebook, and its role in spreading fake news about the candidates.

Never before have I been so interested in a political event. At times, I have even surprised myself. The more I watch, though, the more I am convinced that we are living something historic from a number of standpoints, and the more I am intrigued by all the change it may foretell.

There is a lot of truly fascinating material about how the way we get our news is changing, and about how fake news may become increasingly prevalent as we move forward. In Silicon Valley, a discussion around the responsibility of platforms such as Facebook in stemming the propagation of false stories rages on, and it may not subside any time soon.

Perhaps even more dangerous, though, are the algorithms that social media sites use to track their users’ preferences and choose the stories that arrive on their news feeds. The “news” we all see can consist mostly of items that confirm and validate our preexisting views of the world, articles that reinforce our beliefs, rather than showing us a diverse set of perspectives. As such, we may come increasingly to live in echo chambers where we tend to get back stories similar to those we are sending out or following.

Most interesting to me in this campaign, though, is a storytelling angle whose importance I am now seeing more clearly than before. As I continue to watch detailed analysis and discussion of how this result came about, I am convinced that the way the candidates used their personal stories of identity had a considerable impact on the election’s surprising outcome.

All of this will be cause for continued reflection, as well as fodder for at least several more posts. And, I may even get a bit “stuck in” to continuing on these themes for longer than I would have predicted, so long as they remain current and engaging. Today, though, I point to a personal anecdote that connects well with the recent election, and with some of my views about storytelling in politics.

On October 26, two weeks before the US presidential election, I was at Disney Argentina, talking to managers about how leaders use their personal stories of identity to influence and inspire others. At the close of my talk, I fielded a number of questions about political leaders. Of course, the impending election, which was unfolding as one of the most unusual and dramatic in history, was a subject at the forefront of people’s minds.

Speaking with an audience about politics is something I most often try to avoid, but because the November 8th voting was fast approaching, and because the audience seemed eager to hear my views, I made a bit of an exception. The first question from an attendee was whether I had coached a political leader myself. My answer was that it was not something I had ever aspired to, since to me political storytelling is largely about spinning tales that voters want to hear, rather than telling authentic stories of identity.

The follow-up question was about how I analyzed political campaigns through the lens of personal storytelling. It was a particularly pertinent query, one that started me talking about politics in ways that I rarely do in a public forum.

When several Disney employees asked for some quick examples politics, I opined that Barack Obama used this type of personal storytelling remarkably well, and that it was in large part responsible for his emergence as a national figure in the United States. On the other hand, in 2004 I thought that John Kerry missed in his presidential bid against incumbent George Bush because he failed to define himself through the vehicle of his own stories.

Again, I stressed that it was not my role or my desire to take sides, in these types of battles, but that observing them was both fascinating and relevant to my work. I seek not to speak for or against candidates but rather to observe how well they do at leading by autobiography.

At the end, there came perhaps a prescient moment, though it was certainly not a prediction. I asserted that I saw Hillary Clinton running the same risk as Kerry in 2004: If she were to lose this election, to me it would be because of a failure to define herself, to use her stories to express clearly what she stands for. And today, with hindsight, I truly believe this was the case.

We’ll look more closely at all this in the weeks to come.