Radical management in the early days at HP 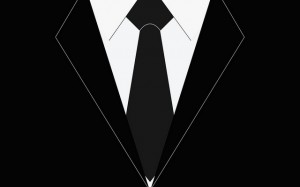 Irish playwright and Nobel laureate George Bernard Shaw wrote that “all great truths begin as blasphemies.” Such was certainly the case with the management ideas of Bill Hewlett and David Packard back in the 1930s and 40s.

How blasphemous were their ideas at the time? Looking back on the company’s early years, David Packard wrote or spoke about a number of occasions where he was publicly ridiculed for his views on management. To his credit, though, he would never waver from his principles.

To understand such reactions to HP’s progressive approach to management, we should keep in mind that the company was founded during the Great Depression, when all types of business were struggling to survive. It was also the age of what William Whyte would later call The Organization Man. In this landmark book from the 1950s, Whyte laments the bleakness of the corporate landscape, and the dearth of excellent managers.

It was an age of physical capital, not human capital: In the first half of the 20th century, American business was dominated by a collectivist ethic, a focus on the organization as creator of wealth. Managerial capitalism had produced decades of growth at large corporations, which used centralized planning to achieve well-defined strategic goals. It was a world of top-down, by-the-numbers, command-and-control management, and the importance of the individual was greatly diminished.

In the industrial economy of that time, the big winner was the new class of white collar organization man. It paid to find a large, successful company and to become part of the crowd; the “organization man” became a cog in the corporate machine. It was a system that led to risk-averse managers who could expect lifelong employment as long as they made no egregious missteps.

Capital was the most critical and scarcest of resources. In the most successful large organizations, management was about controlling workers and measuring their performance in their precisely-defined tasks. The focus of managers was on resource allocation and capital productivity, rather than on any of the human aspects of the job.

The “blasphemous” ideas of Hewlett and Packard: HP’s founders were among the first to recognize the power of the individual as the driver of value creation in the company and the importance of individuality in management. The principles of the HP Way went against the grain of all the management wisdom of their era. They sought to instill a sense of teamwork and egalitarianism, insisted on first-name informality, and dismissed all visible trappings of hierarchy. Their open-door policy and office space without walls were unheard-of concepts at the time.

In the ensuing decades, HP emerged as one of the shining successes of the high-tech revolution. And, little by little, people stopped laughing at their management style. Over the course of three or four decades, many of the “radical” people management practices pioneered at HP became the norm thought Silicon Valley. By then, virtually everyone had recognized the remarkable power of building a company around the principle of hiring the best people and creating an environment that sets them free.