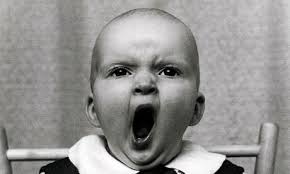 A funny thing happened to me this week on a flight from Detroit to Amsterdam. We were all set to go, the cabin door had been closed, all electronic devices were turned off for takeoff, and then the captain announced a “small technical delay” of 15-20 minutes. Perhaps because of considerable prior experience with such events, I tend to get a bit concerned that one delay might lead to another, and that each one will take a bit more time than anticipated.

In this particular case, our 30 minute wait for the technical repair engendered the need to de-ice the aircraft a second time. We waited for the de-icing machines,  returned to the gate for another check, perhaps lost our place in the takeoff queue, and thus we ended up getting airborne almost two hours behind schedule.

During the delay, I became a bit anxious about making my connecting flight in Amsterdam, and also somewhat annoyed by the situation. As I was trying to remain unperturbed by what I kept telling myself was truly a small event in the grand scheme of one’s life, and since I was not permitted to open my computer, I began randomly perusing the on-board magazines.

One might say that I was bored. So, when I haphazardly opened the KLM in-flight magazine to a piece on “the benefits of boredom”, I found the coincidence amusing. My initial reaction was: Now, why would anyone want to study or write about the subject of boredom? Of course, when I discovered an article replete with scholarly references, and having myself spent most of my life surrounded by university colleagues, it made sense to me. Academics will study virtually anything, I thought, perhaps a bit cynically.

How wrong I was to be cynical. Upon reading the short article, I found the phenomenon of boredom so intriguing that I went home and looked up some of the studies mentioned by the author.

Back in Switzerland on Tuesday (I did run and make my connecting flight, only just barely.), and tired from the journey, I spent part of the day researching and reflecting on the role of boredom in today’s society, and the connection between boredom and creativity. Of course, since I wrote last week about the relationship between reflection and innovation, I began to consider the possibility that boredom may play a role in the creative equation.

Next week, I plan to write more about the research on boredom, the brain, and the creative impulse. For now, though, I can simply say that I have found a surprising number of examples of successful people—recognized innovators in a wide variety of fields—who state that being bored as children, or even as adults, was a major source of their creativity. A few of these individuals were mentioned in the KLM article, but a quick search yielded a variety of others who see boredom as a source of ideas and an essential aid in their professional lives.

A striking illustration of this point is Scott Adams, the popular cartoonist and creator of Dilbert. In a Wall Street Journal article from August 2011, Adams writes that the “soul-crushing boredom of my childhood” stimulated his creative instincts. Then, he goes on to declare: “Lately I’ve started worrying that I’m not getting enough boredom in my life. If I’m watching TV, I can fast-forward through commercials. If I’m standing in line at the store, I can check email or play ‘Angry Birds.’ When I run on the treadmill, I listen to my iPod while reading the closed captions on the TV. I’ve eliminated boredom from my life.”

While Adams is a satirist, a writer who uses humor and exaggeration for effect, we might nonetheless wonder: Do we indeed have reason to worry about this? Has winning the war on boredom made us less creative in our daily lives? More on this line of thinking next time…