The possibilities of a middle management role 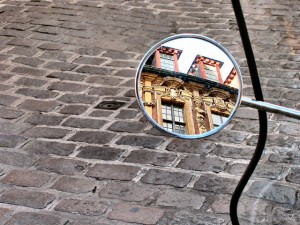 For a little more than a month now, I have been writing about topics related to middle management. In early December, we began with a discussion of why these people—particularly those in the middle of large industrial groups—seem to be so discouraged and disengaged.

When I started writing about managers and engagement, I cited studies that indicate that only about 30 percent of workers are truly engaged in their daily work. At the same time, I gave some examples of manual laborers who were able to give meaning to even the most mundane of tasks—cleaning hospital rooms or refurbishing wooden wine cases, for example—by reframing their jobs.

One of my purposes in presenting those illustrations was to say that it has often seemed to me that middle managers in big companies have a singularly difficult time with the concept of reframing. In many of the cases I have seem in my consulting work, such reframing appears easier for the line workers than for their managers.

Of course, this discussion begs the question: If we believe in the notion of leading from any chair, of influencing one’s world from any seat at the organization’s table, why would the middle manager’s chair be such a difficult place from which to exert one’s influence? While I have no magic solutions to the plight of the middle manager, my goal in this entry is to offer some straightforward–and hopefully helpful–thoughts.

One caveat to all of this: As we explained in our discussion of the three paths (see the December 28th post), there are times when it is reasonable to decide to leave one’s context. When work environments are toxic, or when they limit our learning and growth, we should perhaps look to employ our talents elsewhere. Assuming we choose to stay, though, a job in management can be a truly outstanding platform from which to promote change in one’s context, and to develop oneself.

Leading effectively in a middle management role involves a fundamental change in mindset. Middle managers have often commented to me that they have little ability or latitude to change their organizations. When they make statements like this, I often bring up an observation I once heard Henry Kissinger make. Asked about the characteristics that distinguish great leaders, Kissinger made reference to a certain attitude. Above all, he said, they are people who refuse to dwell on their limitations. Instead, they remain focused on their possibilities.

Of course, I must agree that a middle manager in a large company can rarely impact the entire organization. On the other hand, these people can often exert enormous influence in their own worlds, in their work groups, and among their peers.

It all involves a simple change of emphasis. Rather than focus on your lack of power in the wider organization, think about how you can make a difference within your sphere of influence. You can decide to master your context, to take your stands for what you believe, to make things better for those around you, and to improve your group’s culture and performance.

Seen in this light, one might argue that middle management roles offer a multitude of opportunities to develop one’s leadership skills. Without the pressures or responsibilities of an upper management role, managers lower in the organization can experiment with different ways of communicating, of interacting with subordinates, of running group meetings, or of building relationships with one’s colleagues.

Reframing a middle management job involves defining it as something far larger than a daily routine. Rather than viewing your position in terms of tasks and responsibilities, learn to see it as a set of situations where you have opportunities to make a difference, at least in your little corner of the company.

As Henry Kissinger says, focus on the possibilities of your situation, rather than dwell on its inherent limitations. It is not the nature of the job itself but what you do with the job that counts.