The power of reconciliation 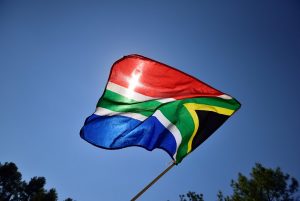 A dynamic scene from the movie Invictus depicts a tense conversation between President Nelson Mandela and Jason Tshabalala, his diligent and passionate security chief. At issue is Mandela’s decision to hire some of the highly qualified white bodyguards who had watched over his predecessor during the controversial apartheid regime.

When the white guards report in to take up their duties with the Mandela administration, the all black security contingent—who had not been notified of this unprecedented and unforeseen turn of events—reacts with surprise and contempt.

Visibly agitated, the chief security officer storms into the president’s office to demand an explanation. Mr Mandela calmly makes clear his desire to be protected by a multiracial team, one that should—in the president’s mind at least—take advantage of the most skilled and experienced people for the job, regardless of their race or the nature of their previous employment.

Here is a portion of their dialog:

Nelson:When people see me in public, they see my bodyguards. You represent me directly. The rainbow nation starts here. Reconciliation, starts here.

Jason: Comrade President, not long ago these guys tried to kill us. Maybe even these four guys in my office tried and often succeeded.

Jason: Sorry to disturb you, Sir.

This brief exchange demonstrates the divergence in mindset and approach between the president and the majority of black South Africans in 1994. Mandela sought to embrace the Afrikaners, reaching out to them in the spirit of moving forward as a new and united nation. In contrast, the black population generally advocated running the country in their own way, without the whites.

What we observe here is that President Mandela’s posture of reconciliation, of embracing the other side without resentment, ran entirely counter to the prevailing attitude of the day. Black people at large, as well as nearly all members of the governing coalition, were more triumphant and vindictive than conciliatory. They envisioned treating whites “the way they treated us for all those years”.

Further still, most people in the president’s own party, and black administrators of all political persuasions, argued for a complete break from any remnants or reminders of the indignities they had suffered under apartheid.

Thus, in the early months of Mr Mandela’ tenure as South Africa’s leader, he often stood alone. His dream of a “rainbow nation” was finding widespread support neither among the mostly skeptical whites nor among the often spiteful blacks.

Once again, President Mandela’s posture demonstrates the magnitude of his personal transformation. Nearly three decades of interacting with Afrikaners, of learning their traditions, and of reflecting on the best path forward for South Africa had turned him calm and resolute, secure in his commitment to the “long game” of constructing a unified nation. Ironically, one might say that those around him had not shared in the “benefits” of a twenty-seven year incarceration.

Armed with the calm of a diplomat and the patience of a statesman, the new president set out to describe to his supporters what he had learned in prison. As such, his personal stories of learning often began in this manner: “When I was on Robben Island, I began to see the path forward for South Africa in a new light…” With respect to the whites specifically, he often explained how he came to learn about the ways they think, and how he came to conclude that the former oppressors would be a true asset for building a better nation.

Among the elements of the Afrikaans culture that Nelson Mandela discovered while befriending his wardens was their passion for sport. In the end, a series of unique events and coincidences would allow the country’s first black president to use the favorite sport of the white population—rugby—as a historical symbol that would succeed at bringing the races together.

How he and his people achieved this improbable outcome is a story we may begin to look at next time.