From a personal transformation to a new national narrative 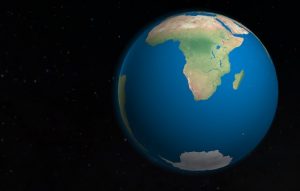 Whether he knew it or not at the time, Nelson Mandela’s prison experience would provide something of a blueprint for what he sought to achieve as South Africa’s first post-apartheid president.

During his years at the fabled penal institution on Robben Island, one of the truly fascinating aspects of Prisoner Mandela’s personal journey was the evolution of his relationships with the Afrikaner guards. As time went on, he slowly moved from a posture of open resistance and hostility to an attitude of respect—and even friendship—with his one-time oppressors.

Not only did this former terrorist learn to appreciate the Afrikaners and their culture, he began to see the world through their eyes. He read their books and recited their poetry; he won over prison personnel by soliciting their help in learning the subtleties of their intricate language.

Crucially as well, he listened attentively to their concerns about the future of South Africa.

One inmate’s decision—to embrace and befriend the white men who had long treated blacks with contempt—would indeed come to influence the history of the Republic. Though his use of the specific term would come later, Mr Mandela began to see the possibility of creating a “rainbow nation”, a place where all races would live in harmony. He no longer dreamed of vanquishing his white opponents but rather of building a new nation together with them.

In the end, the way he transformed himself—from a fiery, vindictive man into a tolerant and forgiving one—was just the sort of change he envisioned for the black people of South Africa. His thinking on this matter was straightforward: If he had won over the Afrikaner prison guards and lived with them in a spirit of mutual respect—a feat most of his peers considered impossible—perhaps a black president’s administration could win over the country’s white minority.

Listening to the Afrikaners and reflecting on their ways of thinking caused Mandela to recognize the necessity of reconciling with his former enemies. His open discussions with the guards led him to see the possibility of a violent reaction from whites if the administration of a black president sought vengeance and retribution. It was through their eyes that he understood that the country was in danger of falling into civil war, and that the most viable path forward involved reaching out to the whites with tolerance and forgiveness.

If Mr Mandela’s conciliatory posture was widely seen as magnanimous, it was practical as well. On Robben Island, he had come to realize that a post-apartheid government should do everything possible to retain the skills and resources of the Afrikaner community. To his way of thinking, it was simply in the best interest of the nation.

Consequently, when Nelson Mandela eventually did ascend to the presidency, his coalition government would prioritize reconciliation between the country’s racial groups. If South Africa was to realize his vision of “a rainbow nation at peace with itself and with the world”, the new president knew that he needed widespread support from both blacks and whites.

As was anticipated, whites were initially skeptical about the chances for success of the rainbow nation initiative. What is sometimes less understood today is the widespread resistance President Mandela faced from within his own party, and from the black community in general.

At the outset, most black people around him were screaming out for rapid redemption, for vengeance against the white oppressor. The new president’s years of incarceration had allowed him to develop a different view, a longer-term plan and a better path for South Africa to move forward.

In his efforts to convince both whites and blacks of his vision for a shining new, united nation, Mandela leaned heavily on two rhetorical tools—his personal stories of identity, and a powerful symbol from South Africa’s history. Next time, we will take a closer look at how he went about using them.