A trail of excuses and missed opportunities

A trail of excuses and missed opportunities

A trail of excuses and missed opportunities
Posted on June 8, 2017 in Politics & Storytelling 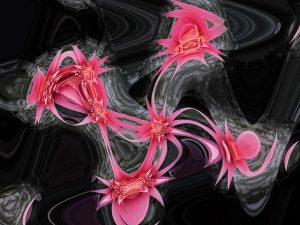 In the April 5th edition of The Financial Times, columnist Edward Luce penned a thought-provoking article entitled “Beware of the return of the Clinton dynasty”, where he warns the world that Hillary Clinton has recently been “dipping her toes into the public waters” once again.

Mr Luce asserts that, some five months after her unsuccessful run for the presidency of the United States, Mrs Clinton’s anguish and sense of betrayal remain overwhelming. In addition, “the weight of being remembered as the person who delivered America to Mr Trump is too great [for her] to bear.” As such, the only solace for her would be to run for public office again, and win.

Whether she does ever seek office again or not is moot. What interested me most in this article was Edward Luce’s commentary on Mrs Clinton’s faithful followers and their interpretation of her loss. As he writes, “Clinton loyalists blame Vladimir Putin, Bernie Sanders, The New York Times, deplorable voters, the US electoral college and the actress Susan Sarandon for Mr Trump’s victory—everybody, in other words, except Mrs Clinton…But the loss to Mr Trump was hers. She failed to spell out what she would do with the presidency.”

My views on Mrs Clinton’s defeat are largely similar to those of Mr Luce. The candidate and her team are putting the blame on everyone other than the one truly responsible—the nominee herself. If anything, I tend to be  even more blunt and categorical in placing the blame squarely with Mrs Clinton and her advisors. In the months leading up to the final vote, she had sizable leads in virtually every opinion poll. The election was hers to win or lose, and she found a way to lose it.

In a CNN documentary I saw about Mrs Clinton during the electoral season, her daughter Chelsea expressed disbelief that so many people had told pollsters that they did not know her mother very well. After her decades in the public eye, how could this be possible? The obvious answer is that Hillary Clinton never told us very much about the person inside, about who she is and what her core beliefs and values are.

While I did not follow the campaign closely, I was able hear her answer numerous question in debates and press conferences. Whenever I watched her, I waited expectantly, hoping, and thinking: Give us something personal, something from your life story, or some reflection on what you have learned from your vast experience. Or, tell us your unique worldview, a vision of the future that might can inspire us.

As we have seen in the past several posts, there were a multitude of occasions where she could have expressed these things, where she could have told a personal story that explains an element of her worldview or her vision. Instead, she either talked in vague generalities, or she focused on her opponent’s shortcomings.

Now, I do not mean to imply that the Mr Trump’s negatives were not there, or that they were not relevant. What I will say though, and what I have emphasized continuously with my clients over the past 20 years is this: One cannot inspire and influence other human beings by standing against things, or people, or concepts. If we want to move others to action, we do it by telling our story, expressing what we stand for, showing our core beliefs and identity. We have to connect with the audience, and the most effective way to do that is with personal stories that are uplifting and aspirational.

As we have seen in the recent series of posts, this is precisely what she failed to do.