Whose rhetoric was hollow?

Whose rhetoric was hollow?

Whose rhetoric was hollow?
Posted on June 16, 2017 in Politics & Storytelling 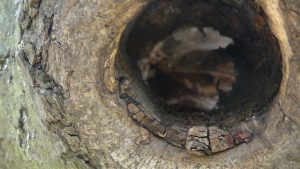 Numerous times in the six months prior to the last US presidential election, I heard Mrs Clinton proclaim that one of her goals was to expose “the hollowness of Trump’s rhetoric”.

While I did not follow the candidates pronouncements on a daily basis, I did nonetheless see enough of them to get clear impressions of the tone and content of their discourse. In the case of Mrs Clinton, I can not recall a single instance where I found her speaking anything other than distant, impersonal, and vague.

Now, this is not to say that I was particularly fond of the style or content Mr Trump’s speeches either. On the other hand, regardless of what one may think of his communication—at times laden with bravado, weak on facts, or bordering on outlandishness—his pronouncements did contain more substance than those of his Democratic opponent.

At least in a superficial way, Trump expressed something about who he is and how his life prepared him for the job at hand. For example, when interviewers asked about his goals, he would often respond with something specific, such as this: “I’ve built extraordinary businesses based on relationships and deal-making. I make deals that benefit all parties involved. Everybody wants me to negotiate; that is what I’m known for. With my deal-making skills, we can break the Washington gridlock. I will also negotiate great trade deals for this country, the type of deals we certainly do not have now.”

As we have seen in previous posts, Trump’s narrative may have been a “surface” one, but it was a personal narrative nonetheless. Whether we like him or not, he gave voters the outline of a story of identity and a vision for his presidency, and it was one that did resonate with large numbers American working class voters.

To me, Hillary Clinton was far less effective than Trump when faced with queries about her goals and ambitions, as she was rarely able to get anything at all personal into her answers. When Chuck Todd asked Mrs Clinton about her goals during one of her appearances on Meet the Press, her reply was this vague and general remark: “My goal is to produce positive results”, without elaborating on what those might be.

Once again, I would contend that such wide-ranging questions—about one’s goals, core concepts or vision—are outstanding openings for answers with an element of personal story, or broad, aspirational statements about how she sees her future and that of her nation. In these situations, Clinton’s reliance on slogans, or on vague and indeterminate assertions about “positive results” made her seem removed from voters’ true concerns.

In the end, her campaign was a hollow one, with hollow speeches and a hollow slogan. Not only did Hillary Clinton repeat her “stronger together” theme again and again, it was a weak, colorless, and verbless phrase to begin with. Indeed, I am a bit amazed that nobody on the Clinton team could come up with anything better as her watchword. Say what you will about The Donald’s “Make America Great Again”—a line many in the media scoffed at—it has a dynamic and imperative nature. And, contrary to Hillary Clinton’s tag line, it was destined to become a veritable rallying cry for Trump supporters.

Once again, I would like to stress that it is not my objective to criticize either candidate because of a political preference. My only true motivation for observing either of them was to see how well they did at using their personal narratives, and at speaking from the heart.

In any case, I do find it ironic that Hillary Clinton spoke so often about wanting to show voters the “hollowness” of Mr Trump’s assertions. She would have been better served had she focused on improving her own bland, impersonal, and (yes!) hollow discourse.