How to lose an election

How to lose an election

How to lose an election
Posted on December 22, 2016 in Leadership, Storytelling 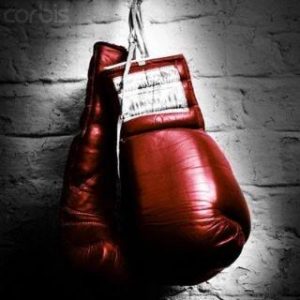 John Kerry’s storytelling failure: As we observed in the previous post, I noticed a similar phenomenon in the presidential campaign of John Kerry in 2004 and that of Hillary Clinton this year. Each of them was so focused on standing against a flawed opponent that they failed in telling their own stories, and were thus unsuccessful in influencing undecided voters.

When the crowd at my speech to Disney Argentina in October pressed me for stories from the world of politics, I contrasted the presidential campaigns of Kerry in 2004 and Obama in 2008. As he had done throughout his political career, Barack Obama used his life stories remarkably well, and his personal storytelling was in large part responsible for his victory over John McCain.

On the other hand, in 2004 I felt that John Kerry missed in his presidential bid against the incumbent George Bush because he failed to define himself. He simply did not give the world a clear vision of who he was. More specifically, in my way of thinking, his loss stemmed from a failure to use the vehicle of his personal stories to express what he stands for.

As I told my audience in Argentina, and as I often express to any group, it is neither my role nor my desire to take sides in these types of battles. On the other hand, observing them is fascinating, and often exceedingly relevant to my work. I particularly like to watch the candidates’ speeches, and to measure how well they are using their personal stories of identity in ways that inspire voters.

In 2004, Kerry’s campaign chose to highlight a concept they thought would hit home with people: the mistakes and failures of the Bush administration, particularly with respect to the ongoing war in Iraq. Bush’s popularity, which had soared immediately after the terrorist attacks of September 11, 2001, had declined steadily since then. By 2004, there was a growing anti-war sentiment among the American populace. Military involvement in Iraq was dragging on, and the Bush administration had failed to provide concrete evidence of Saddam Hussein’s “weapons of mass destruction”, which had been the underlying justification for the declaration of war in the first place.

Encouraged by the president’s declining poll numbers, Kerry’s people advocated a strategy that played to the public’s discontent with the president’s perceived shortcomings and misjudgments.

The problem for Kerry—and I did point this out in my seminars in the months leading up to the election—was that he was defining himself largely in terms of the opponent. He stood against George Bush, but he failed to inspire with what he stood for. And this point is critically important: We do not inspire others by standing against something or someone. We inspire with who we are, and with what we stand for. We move others to action with our personal stories that demonstrate our values and character, and with tales of a favorable future we can create together.

John Kerry spent a lot of time—far too much, in my opinion—talking about everything that George Bush was not, or about all the mistakes that his opponent had made as president. In the end, we could not feel who Kerry was, or what he stood for.

In my view, John Kerry was an outstandingly qualified candidate, but one who failed to express his true nature—his “what I stand for” and “why I do things the way I do” stories—in ways that connected with the electorate.

This year, Hillary Clinton fell into a trap similar to Kerry’s in 2004, and she may have lost the election for the same reasons. In the months prior to the final vote, we could see her trying to frame the debate in terms of her opponent’s character flaws and other shortcomings. If she were to lose this election, I thought, it would be because of a failure to define herself, to use her stories to express clearly what she stands for.

Looking back today, I truly believe this was the case. We’ll see this more clearly in the next post.