Thoughts about the learning-thinking connection 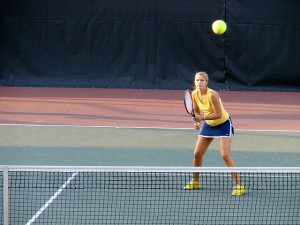 This week, I delve a bit more into some of the ideas of the paper I referred to last time: “Learning by Thinking: Overcoming the Bias for Action through Reflection”.

This article was interesting to me for two reasons. First, I think the research breaks new ground, as it uses three experiments to demonstrate that putting more reflection in our lives, even in relatively small ways, can lead to improved job performance. And second, on a personal level, it caused me to revisit a number of my core concepts, including the role of reflection in any learning process, and how I have used it as a consultant and teacher.

Drawing on literature in cognitive psychology and neurosciences, the authors posited that one of the critical components of learning is reflection, or the intentional attempt to synthesize, abstract, and articulate the key lessons taught by experience.

In their experiments, the researchers tested two hypotheses: First, they predicted that learning generated by the coupling of practice with reflection would be greater than learning from the accumulation of additional practice alone. The second hypothesis concerned the mechanism by which reflection led to improved performance; their thesis was that thinking about any task engenders increased self-confidence, and this feeling of greater “self-efficacy” explained the power of the “reflection effect”.

Recognizing that practicing with a task necessarily implies some reflection, the researchers nonetheless made a distinction between those who reflected while doing, and those who set aside quiet time where they reflected while not performing the activity. As such, they postulated that individuals seemed to learn more, and as a result to perform better, when they deliberately stopped practicing on the task and focused exclusively on reflection.

To illustrate their concept about doing and thinking about doing, the writers ask us to imagine ourselves as an avid tennis player at the end of our weekly class, where we have been trying to improve our serve. Basically, we see two ways of doing so. Either we hit as many serves as possible in the 20 remaining minutes, or we might choose to hit just a few serves, and then pause to analyze our stroke.

It is a classic learning dilemma that one can apply to mastering any complex task. Every minute spent reflecting is costly in terms of lost practice time. Conversely, every minute hitting serves consumes time that one could have used to reflect on how to get better.

What is the optimal choice to maximize learning? Which provides the most benefits in terms of future performance: learning by practicing as much as possible, or learning by allocating some “practice time” to learning by thinking?

When the researchers performed experiments around this concept in a corporate setting, the following were some of their key findings:

— Reflection, which the authors define as “the intentional attempt to synthesize, abstract, and articulate the key lessons taught by experience”, is indeed a critical component of learning.

—At a certain point, after a level of competency is reached, one should regularly stop doing in order to reflect on doing. The dynamic of doing and reflecting will lead to increased expertise and better performance. Reflection on one’s accumulated experience produces greater learning than the accumulation of additional experience.

—Individuals who are given time to reflect on a task improve their performance at a greater rate than those who are given the same amount of time to practice with the same task.

—When individuals themselves are given the choice to either reflect or practice, they prefer to allocate their time to gaining more experience with the task—to the detriment of their learning.

I find this last point particularly interesting. The evidence shows that a vast majority of individuals prefer to allocate their time to practicing on the task rather than reflecting on it. The authors suggest that this preference is not only irrational; it is also harmful to the learning process, given the higher benefits of including reflection in one’s practice.

What is clear to me, and it is a phenomenon I have witnessed over and over in my work, is that the bias for action in today’s world can lead us to make choices that are certainly less than optimal for learning.

Next time, I will discuss a bit more about how all this applies to our behavior and our learning in a variety of contexts.