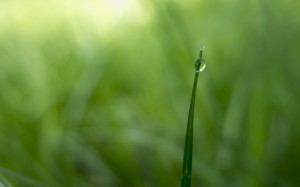 This week was a busy and interesting one for me, with a steady stream of travel and consulting for clients. Unfortunately, all this activity left me with few opportunities to write. Nonetheless, I did have some time to reflect, and I considered a few further items worthy of comment, with respect to the impressive environmental endeavors of the English town Ashton Hayes.

My first thought was that the story of Garry Charnock serves as a reminder that we all have the capacity to lead, regardless of where we sit within an organization or even a community. Obviously, Mr Charnock’s stand on the issue of climate change began from a position of no formal authority or power. He was not at all an expert in the field, simply an attendee at a lecture on the topic.

From that humble beginning have come a number of noteworthy results. This year, for example, Ashton Hayes’ “green hero” was named Most Inspirational Leader at the inaugural Climate Week in London, an undertaking backed by the British Prime Minister and Sir Paul McCartney. Winners in other categories who joined Charnock on stage included prominent public and private sector officials, most notably the Secretary of State for Energy and Climate Change.

As such, we should find inspiration once again in the notion that leadership often has its origins in our simple decisions. We all have opportunities to take stands, in our day-to-day choices. Indeed, if we begin small—by seeking to impact what we can, within our sphere of influence—we never know where it all might take us.

And so, my second reflection from this week is simply that when we stand up for what we believe, there is no telling how far this act of leadership might go.

Most of us tend to think of leadership, or any form of significant influence, in terms of grandiose events and momentous decisions, is the work of great or gifted individuals. The tale of Ashton Hayes demonstrates that taking a stand around the simple events of our daily lives can truly change our worlds.

Garry Charnock’s stand on global warming has undoubtedly attracted far more attention than he could ever have imagined. The impact of his carbon-neutral project on the village has been quite significant, inspiring other local community efforts. The residents, for example, have decided to build a new playing field with a solar-powered pavilion. That location then became the home of a community cafe, open three days a week. They have also installed photovoltaic solar panels on the roof of the primary school.

Beyond their own community, the people of Ashton Hayes have inspired other villages from around the globe. As climate change has become a growing concern, and the effects of a warming planet are increasingly clear, Ashton Hayes may be something of a case study for the next phase of battling climate change: getting people to participate in voluntary efforts to change their habits. Their attitude of avoiding politics—of simply “cleaning up our own patch” without waiting for regulation or outside help—has prompted inquiries from more than 200 communities, in such diverse places as Norway, New Jersey, Taiwan, and Ontario.

My third observation concerns the power of community building. In fact, one might argue that the effect of this venture on the townspeople of Ashton Hayes was at least as important as the environmental impact. Everything about this undertaking was done with a spirit of openness and cooperation; the village came together, and had some fun, around a common cause. Their meetings often began with wine-and-cheese receptions in one of the larger houses in town, allowing people from all parts of society to get together in a nonthreatening social environment.

Could the example of Ashton Hayes spawn a movement? While the thought may be optimistic, it is by no means out of the question. As we noted above, towns around the world have sought information about implementing similar programs. It demonstrates that issues such as these—doing our collective part against a worldwide problem such as climate change—can indeed bring groups together and foster a strong sense of community.