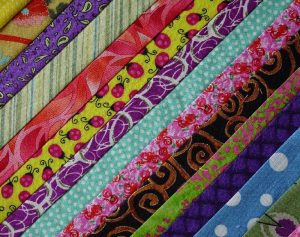 It remains somewhat disheartening for me that President Biden appears not to be reading this blog. Worse yet is another possibility—that he is indeed reading what I write and simply choosing to ignore my advice.

In all seriousness, though, I recall writing last time that the president would do well to avoid broad generalizations that risk alienating large portions of the electorate. Then, only a few days after we posted that entry, I saw a news report that showed a proud Mr Biden declaring definitively, “America is back”.

Though I was not watching closely enough to observe the precise context of his remarks, I immediately thought that it was the type of assertion that will no doubt hurt his efforts to heal and unify. While the message may hit home with his supporters, it can only resonate favorably on one side of the political landscape.

As we noted previously, such sweeping proclamations will rile up his Republican detractors, causing them to dispute this premise in their minds.

My point here is not that Mr Biden’s pronouncement is right or wrong, but merely that it is unnecessarily incendiary. Indeed, his words contradict the narrative playing in the heads of many Republicans, who still believe that Trump’s policies were at least partially favorable for America. Such utterances from Mr Biden will lead to increased polarization, and they will certainly not encourage any form of bipartisanism or unity.

If I were making recommendations to the president, I would tell him to go about his agenda steadily but quietly, all the while eschewing language that may be perceived as hostile to his predecessor or to Republican voters. As I have written on numerous occasions, a public official who wishes to promote unity should seek to inspire every constituency. To my way of thinking, his best tools for unifying the nation are story and historical symbol.

One of the best ways to understand how story and symbol can unite any group is through example. In this case, we can look at public figures from the past, individuals who have used these means to consolidate their leadership, both among their supporters and members of rival factions.

During my doctoral study and my years as a professor, I explored a multitude of such examples. One that has intrigued me for a long time is that of Charles De Gaulle, France’s renowned military hero and subsequently president. Among De Gaulle’s greatest achievements was the crucial role he played in galvanizing an impressive resistance movement in the early 1940s, at a time when much of France was under the control of Adolf Hitler’s Nazi regime.

It goes without saying that occupied France during the Second World War presented a completely different set of circumstances than those of the United States in 2021. In some ways, though, General de Gaulle’s challenges at that time have much in common with Joe Biden’s today. Furthermore, one might well say that the general faced even more daunting obstacles than the current US president.

Though committed to their military mission, the disparate collection of resistants inside 1940s France was both culturally and politically fractious, representing all elements of societal and party affiliations.

De Gaulle’s personal views were right-wing republican, but he understood the need to moderate his discourse, to move somewhat to the left in order to come across as more of a centrist. Some of the fiercest freedom fighters he sought to reach were members of the French Communist Party, fervently loyal to Stalinism and the Soviet Union. It was clear to the general that he should not speak to these people in rational or political terms.

As such, he sought unifying symbols and narratives that would resonate with all Frenchmen. His fundamental rallying cry was an underlying concept of national honor. The personal stories he told were of a military upbringing that left him with “a certain idea of France”, a proud and noble nation committed to freedom and democracy.

In times of crisis, a pioneering leader often takes a narrative that has been latent and brings it back into focus. As such, the purpose of De Gaulle’s use of story and symbol was to recapture the glory and innocence of an earlier time.

Such stories of collective identity are far more than romantic nostalgia. They remind us of our national character, and they show us how to find our way back to “who we are” at our core.

Could Joe Biden use similar devices in his quest to unify a polarized America today? That complex question merits at least one or two posts in the near future.