Can lessons from the past help Joe Biden today?

Can lessons from the past help Joe Biden today?

Can lessons from the past help Joe Biden today?
Posted on April 6, 2021 in Leading by autobiography 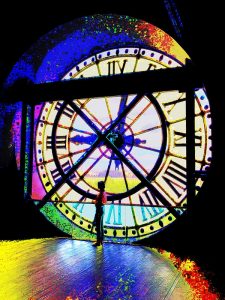 The protagonists of our two previous posts, Charles De Gaulle and Margaret Thatcher, are illustrations of a point I like to make when I teach or speak about leadership: Particularly in times of crisis, a skillful leader often takes a narrative that has been dormant and brings it back into focus.

As such, De Gaulle’s use of story and symbol was so inspiring because it recaptured the glory and innocence of an earlier time. He succeeded by reminding the French of their history as a proud and noble people, with a deep and lasting commitment to freedom and democracy.

To me, Mrs Thatcher’s case was even more remarkable than that of General De Gaulle. Her discourse and storytelling were so effective because they operated on three distinct and complementary levels. When she presented her clear plan for moving the nation forward, she used her personal journey and images of former British glory to bolster her discourse.

When a public figure such as Margaret Thatcher seeks to revive a latent national narrative, it is critical that others view her as someone who embodies the story herself. As a daughter of middle-class shopkeepers from a traditional English town, Thatcher’s vision was steadfast and consistent throughout her career. She never doubted that her own story and values could indeed serve as a model to help Britain find its way again. The virtues of self-reliance, initiative, and basic human decency that she had absorbed from her upbringing were just the remedies for what ailed her nation.

With her strong will, optimistic outlook and perseverance, she did in fact embody the story completely. The grocer’s daughter, a straight-talking rugged individualist who disdained the modern welfare state, she faced her constituents as a living manifestation of the change she proposed. In the end, it was her personal story—and her embodiment of it—that changed the way her fellow countrymen perceived their world and their nation’s future.

Beyond the national narrative and her personal journey, Mrs Thatcher was skillful at choosing historical symbols and references that reminded listeners of their proud British heritage and past greatness. For example, she spoke nostalgically of the Victorian era of free enterprise and voluntary charity, and she often cited the spirit of patriotism that exited around the time of the world wars.

Among the central lessons in the journeys of both Thatcher and De Gaulle is that myth, shared symbols, and national pride matter greatly in cases where heads of state strive to lead and inspire their countrymen.

Even today, I remain fascinated by these two individuals, each of whom changed a country’s direction, and I wonder if they might provide lessons that apply in the world of 2021. In particular, are their examples at all relevant for President Biden as he begins his four-year term as US president? My contention would be that Mr Biden can certainly learn something from these two transformational leaders of times past.

By way of summary and review, both Prime Minister Thatcher and General De Gaulle had a form of public discourse with three key components. First, they used dormant national narratives that evoked good times or past achievements. Second, they referred often to historical symbols of pride, in an effort to convince others that “we should return to our core values and identity”. And third, the leaders held themselves up as models, individuals who personify the stories of identity and the ideals they upheld.

Of course, times are very different today. Communication in our era of extreme polarization and divisiveness poses challenges that political operatives of years past did not face at all. Nonetheless, analyzing the experience of leaders such as Thatcher and De Gaulle can provide a type of insight that is most assuredly timeless. So, our next post will sketch out a number of general ideas that might help Joe Biden in his stated goal of leading and unifying his nation.