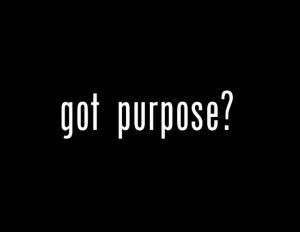 In the last post, we ended with the thought that any kind of work can be reframed, placed in a context that helps participants view it with a heightened sense of importance and purpose.

Of course, it would be naive to think that every type of job can be turned into a “save the world” or even a “building a cathedral” type of task. Many of the functions in our organizations simply lack the potential and scope to impact the world on a grand scale.

Nevertheless, my contention is that it is not at all unrealistic to think that we can reframe a job to imbue it with higher levels of meaning. A significant part of the middle manager’s job, as I see it, is to inspire team members to see walls where they previously saw only stones, and eventually to see the cathedrals that can be built from their walls.

In this light, I have long been telling my clients and audiences that cathedral stories are not very much about cathedrals. The reason I like the images of the three men breaking rocks is not to say that everyone should see the “cathedral” in his or her daily work. Rather, the story illustrates a point that I have come to believe wholeheartedly—that virtually any job can be viewed on three different levels.

We can see our efforts as a task that is assigned to us, for example, splitting our pile of stones into smaller pieces. Or, we can take it to a second level—that of wall building. Understanding that we are constructing something bigger puts us in the realm of a collective effort, something we can achieve together with others, and take some pride in. The third level—building the cathedral—makes us part of a larger system that will produce a noteworthy outcome.

Over the years, I have come to analyze any group or enterprise—whether in companies I have managed, clients I have worked with, organizations I have studied for my research, charitable work I have done, etc.—in terms of these three levels of engagement. I like to ask myself what people’s levels of commitment seem to be. Does it look like they are mostly focused on their own immediate tasks, or are they engaged in a group effort to build walls? Or, better still, can they envision cathedrals that their groups are striving to produce?

I often look to discern similar information about the managers of any group. Are they merely demanding action and results, or are they able to craft and co-create the narratives that help their teams dream of “cathedrals”?

The most effective leaders, at any level of an organization, are able to motivate those around them with “cathedral stories”, tales and images that put people’s work into a broader context. They go far beyond managing work flow and results; they invite listeners to become part of something larger than themselves, to play in a bigger arena than they thought possible, to trade their engagement for a role in a worthwhile collective endeavor.

Story is at the base of any group’s identity: Groups on a mission—teams with highly engaged employees—always share stories of collective identity. Their stories of deeper purpose inspire them to see what they are doing every day on a grander scale.

In my view, one of the most important functions of any group’s leader is to craft and tell the stories of building cathedrals, slaying dragons, or winning battles—whatever stimulates a sense of pride, importance, and meaning.

About 10 years ago, I came across a book called Clicks and Mortar, about how CEO David Pottruck and his team at The Charles Schwab Corporation were able to reframe the daily work of the stockbroking firm, turning it into a cause rather than merely a business. As I read the book, I thought about how the three levels of engagement we see in the cathedral story might apply to this type of financial services firm.

On one level, that of a stone cutter, a broker at Schwab is simply an agent that manages assets, providing a service for clients. On a second level, people could view their daily activity as providing advice that can improve people’s standard of living. In a sense, we can think of this level as seeing something bigger, building a wall.

Pottruck’s group sought to go beyond these two levels, though, and they redefined their role as something more far-reaching. After much reflection and discussion, they came to see themselves as custodians of their customers’ dreams. To use the terms of our discussion, I would say that they had found their cathedral story.

Seeing their “cathedral” allowed the group at Schwab to expand their horizons and grow their sense of purpose. By defining a cause, not merely a business, a mission as opposed to a task, managers were able to convince employees that their work was truly essential to their customers’ well-being, that what they did every day mattered deeply to the world.  As I once heard Pottruck describe in an interview: “Around here we think we’re curing cancer.”