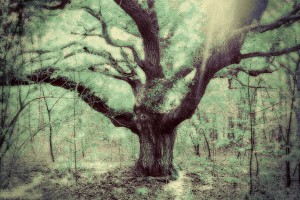 This week, I am teaching a two day seminar to MBA students in Grenoble. As I am working far less in business schools now than in previous years, coming here got me thinking again about how I like to run my classroom and interact with students.

Almost exactly one year ago, the European Foundation for Management Development (EFMD.org) invited me to speak at their 2013 MBA conference, on the subject of “creating positive group dynamics” in an MBA classroom. At that time, one of the first words that came to my mind was culture. In all the varied situations where I work, be it in business, in teaching or elsewhere, I always try to be aware of the group dynamic and the “feel of the place”.

Every group that comes together, even for a short time, creates a culture. Even when I speak to large audiences in relatively impersonal venues–for example at my one-day seminars for business leaders at various cities throughout Latin America–each auditorium will have a feel, an ambiance, a culture we share for that day. We are only together for a period of perhaps 6 or 7 hours, but nonetheless we will create a culture together.

Certainly, with an MBA class, a group that will come together for a longer period, we will come to know each other a bit more, and we will co-create our culture. As teacher, I consider this both an opportunity and a leadership challenge.

When I think about group culture, one of my role models is legendary basketball coach Phil Jackson. To me, at the core of Jackson’s remarkable success was his ability to develop a unique story of collective identity with his players, a story of being different from other teams, and in some way special.

When Jackson took over as coach of Michael Jordan and the Chicago Bulls in 1988, he inherited a team with some of the league’s most talented and spectacular players, but which had not won a title.  One of Jackson’s central goals from the outset was to raise the team’s level of consciousness, to convince them that they were part of a large and noteworthy quest, and that their collective pursuit carried an importance beyond the individual players, the stardom, money, and egos. He strove to redefine the concept of team, to forge among them deep bonds based on the unselfish commitment to a common pursuit, and to each other.

Coach Jackson’s task was not an easy one. Just imagine attempting to persuade NBA players that they should suppress their individual goals for a greater good, for a quest that he saw in spiritual terms. These world-class athletes are often concerned, above all else, with the individual statistics and achievements on which they are evaluated and compensated. They have been brought up to believe they are stars; they make more money and are generally far more famous than their coaches. They often possess extraordinarily large egos, and they have a hard time seeing the need for changing their “game”.

Even in 1988, before he became respected as an outstanding leader in his field, Jackson was convinced that “the most effective way to forge a winning team is to call on the players’ need to connect to something larger than themselves.” So, he wanted to shape a group that did things differently than the others. Other teams played basketball, and of course they tried to win their games. Jackson urged the Bulls to undertake a larger mission: creating a unique team spirit that would be an example for the modern sports world.

So, the Bulls collaborated on a new story of identity, a new story of “who we are”. We are about teamwork, unselfishness, respecting each other and always working together, always staying fully engaged and mindful on the court (Jackson called on his personal experience of Zen Buddhism to foster this mindset.) Under Jackson’s direction, some of the league’s flashiest talents became disciples of his unselfish, team-oriented style. As a result, they reached unprecedented heights of collective achievement.

What does this basketball example have to do with an MBA classroom? As I mentioned above, every group that comes together will develop its culture. Whenever I come across examples of what I would consider “best practices” in group dynamics, I try to bring some of their lessons into what I do. And so I ask myself, what can we do to create a culture of mindfulness and engagement in our classrooms? I’ll write a bit more on that next time.

And for who wants to hear more about Phil Jackson, here’s a video where Phil will tell you himself about his ideas on mindfulness in basketball.